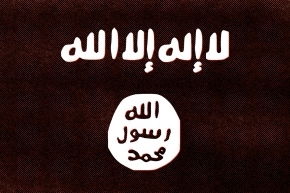 ISIS Celebrates Berlin Attack: ‘2017 Will Be A Year Of Massacre’
By Gilad Shiloach

ISIS Celebrates Berlin Attack: ‘2017 Will Be A Year Of Massacre’

A large truck plowed through a crowd of Christmas shoppers in western Berlin on Monday night, leaving at least nine dead

The motivations and identity of the man who drove a truck into a crowded Berlin market Monday remain unknown, but supporters of the Islamic State are already praising the driver on the group’s forums, social media and Telegram channel. The attack, which is still being investigated, left at least nine people dead and dozens injured.

Members of the Islamic State’s main forum prayed the driver “will find a place in heaven” and said that “the calls to target Christians bears fruit with the praise of God.” Many also linked the attack to the recent defeat of Syrian rebels in Aleppo, warning that “Muslim countries will not be the only ones that are sad.”

Some connected between the attack in Berlin to the assassination of the Russian Ambassador to Turkey earlier on Monday, calling it “a day of good tidings.” One user, referring to the attacks in Ankara, Berlin and ISIS’ ongoing fight against the Iraqi army in Mosul threatened that “2017 will be a year of the massacre.”

The Islamic State claimed responsibility for the terror attack in the French city of Nice in July, in which 84 people were killed after a man drove a truck through a large crowd watching fireworks and celebrating Bastille Day. The driver in that truck attack was identified as Mohamed Lahouaiej-Bouhlel, a 31-year-old Tunisian man.