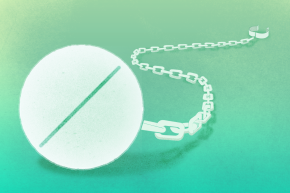 The Hunt For New Painkillers That Will End The Opioid Crisis

When Krystin Zeller was 19, in 2007, she started taking Vicodin to treat pain after a car accident. In the first month, she felt withdrawal symptoms, and within six months, she knew she was addicted, soon turning to heroin to get the same relief. Eventually, she was arrested and went to rehab. She’s been clean since 2013, she says, avoiding taking painkillers even when doctors have tried to foist them on her. “Pain can’t kill you. Prescription narcotics can,” Zeller told Vocativ.

Zeller lived to tell the tale of her spiral into addiction, but not all do. The opioid epidemic, fueled by decades of overprescription of opioid painkillers, claimed 33,000 American lives in 2015. The number of deaths from heroin overdose tripled between 2000 and 2014, and it only seems to be growing.

Now, as regulators such as the Centers for Disease Control push doctors to cut down on the number of opioids they prescribe, researchers and companies are looking for alternative ways to treat pain — both by developing new kinds of painkillers and by shifting pain remedies away from drugs altogether. The larger goal is treatments that are safer and less susceptible to abuse, ultimately saving lives.

“We have to take care of people in pain, and opiates aren’t the solution,” said Dave Thomas, a program officer in service and prevention research at the National Institute on Drug Abuse (NIDA). “We do need more options than opioids. The trick is to get the right people the right drugs.”

Pain isn’t an easy condition to treat. It involves many different systems in the body, and an ancient, complex circuitry that notifies the brain when a body part is being damaged. Sometimes, though, that circuitry can go haywire, causing pain when the body is not peril. For each of the 100 million Americans with chronic pain, it can be nearly impossible to know just which systems are the cause. Pain is so complex, Thomas said, that “to find one magic bullet that will stop it completely is difficult.”

Opioids are an appealing treatment because they can treat pain no matter its type or source. Once drugs such as oxycodone and morphine are in the body, they attach to one or two of four special receptors, collectively called opioid receptors, found on nerve cells. Because these cells are in organs all over the body, opioids affect the whole system. But there are downsides — those receptors are also linked to feelings of pleasure and reward, so people can quickly form a physiological and psychological dependence. In high doses, opioids can cause death by slowing or stopping breathing and the heart. The pharmaceutical company that created OxyContin, the first opioid painkiller to be approved by the Food and Drug Administration (FDA), was fined $600 million after deceiving regulators on the drug’s addictive qualities, fueling decades of overprescription.

Researchers are working on tweaking opioids to provide more painkilling power with fewer negative side effects and potential for abuse. Some, called abuse-deterrent opioids, simply change the formulation to make the pills harder to crush and snort or inject, but it’s not yet proven if these changes do in fact cut down on abuse as intended. Other new drugs are formulated to target different opioid receptors, which means they may be less effective at alleviating pain but substantially less addictive. These drugs are early in development by pharmaceutical companies and academic scientists, and so far there are indications that they could be less addictive than existing painkillers like morphine, at least in studies done on animals.

But drugs that target the same receptors can’t improve very much on existing painkillers, said Linda Watkins, a psychology professor at the University of Colorado at Boulder. A slew of drugs in various stages of development target one or more of the thousands of receptors that might be involved in pain. Compared to opioids, these treatments are often specific to a particular part of the body — joints like the knees or shoulders, or the gastrointestinal tract — and are delivered by injection or a topical cream. But, importantly, many of these new compounds reduce inflammation, the body’s immune response that is often involved in chronic pain conditions.

In the past few years, federal agencies such as the NIH and the Veterans Association have started allocating more money for research into new pain treatments. “Ideally, we fund approaches that result in less pain and a better quality of life, while relying less on opioids,” Thomas says. Making less addictive pain treatments in particular is a very high priority, he adds. “At this point, funding of these initiatives has relied on agency allotted budgets, where we have shifted funds to address this important issue.”

But getting these alternatives to market has proven challenging. Painkilling drugs, no matter how promising, fail often — 33 would-be pain therapies failed in clinical trials between 2009 and 2015, according to Bloomberg. Most don’t even get that far, to human testing.

“A lot of really innovative stuff reaches ‘Death Valley’—it’s a good idea, it has good rodent data, and it’s on the edge of a clinical trial [testing it in humans], but it needs millions of dollars in funding,” Watkins said. It’s very difficult to get a pharmaceutical company or venture capitalist firm to invest without data showing that the treatment works in humans, she says. From a business perspective, opioids are a much safer bet.

Watkins knows this first-hand. Over the past 25 years, Watkins has been developing painkilling compounds that affect receptors on cells called glia, found all over the body and seem to play a role in connecting the immune system to the brain. If researchers can create a compound that quiets signals of inflammation that glial cells transmit to the brain, they can reduce the sensation of pain in a particular area of the body. Watkins and her collaborators have done just this — a single injection of the compound can ease joint pain for months in rats and dogs with osteoarthritis. They have licensed the technology to a small pharmaceutical company, called Xalud Therapeutics. Soon, Watkins and her collaborators plan to test it on humans, but it’s been a long road.

Other startups are turning to painkilling compounds found elsewhere in the natural world. Vitality Biopharma has created a drug that targets cannabinoid receptors (the same ones affected when a person smokes marijuana) to treat gastrointestinal disorders and, eventually, neurological disorders. These receptors work in concert with opioid receptors to reduce pain, but don’t have the same addictive effects as do opioids, said Robert Brooke, the company’s CEO. This month, Centrexion Therapeutics completed a clinical trial for a drug with an active compound derived from chili peppers to treat joint pain. Researchers have discovered other chemicals, found in spider or snake venom, that could soon be developed into painkillers.

Some researchers are looking beyond drugs; a growing class of devices to treat pain are receiving FDA approval and hitting the market. Most of these work by sending low-level shocks into the nerves to interrupt electrical signals transmitting sensations of pain to the brain. Quell, a device that sends electricity through the skin to treat pain anywhere from the joints to the lower back, received approval in January and is on sale; Stimwave makes a Miniature Peripheral Nerve Stimulator, a tiny implanted device to designed to minimize chronic pain, which was approved in March.

But depending on a patient’s specific painful condition and the device he or she is using, devices often have to be partnered with other treatments to provide substantial relief. “There is probably not one device that will help someone completely,” Thomas said.

Ultimately, patients might benefit most from treatments that don’t involve drugs or devices. A growing contingent of healthcare professionals encourage doctors to turn to tried-and-true opinions like cognitive behavioral therapy or physical therapy to help patients manage their pain.  These techniques are often less appealing to patients because they’re more difficult and time-consuming than simply popping a pill. But they offer fewer side effects that might help patients live richer lives. Better educating clinicians, who are often not given sufficient training about how to treat a condition as complex as pain, can help make that happen, Thomas says.

Zeller has found relief for her chronic pain with exercise, weight loss, and aspirin. She vows she will never take another painkiller, no matter its purported non-addictive qualities, for fear of reigniting her own addiction. Nothing will ever convince her otherwise.

Scientists are also working on new ways to characterize or objectively measure pain with techniques such as brain wave detection or even genetics. These measurements would be critical to popularize new pain treatments that might be specific to a type of pain or a certain part of the body, and would also prevent clinicians from giving opioids to patients who are likely to abuse them.

Someday, these new treatments may become doctors’ go-to to treat patients’ pain. But for now, healthcare workers are left with the difficult task of treating pain — and dependence on opioids — with many of the same tools they’ve had for decades.

“The better we take care of people in pain, the more of a dent we will put in the crisis,” Thomas said.