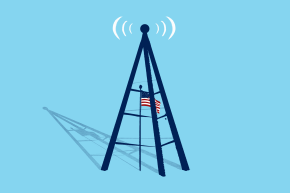 We Finally Know Which Federal Agencies Can Track Your Cell Phone

A new congressional report shows, for the first time, the extent to which the federal government tracks Americans’ cell phones with controversial “stingray” devices.

Also known as IMSI catchers — stingray refers to a particular model — such machines mimic a cell phone tower’s signal in order to track a given phone’s location, as well as, in some cases, outgoing calls and texts. Their use has been largely shrouded in mystery, as law enforcement agencies tend to be cagey about how they deploy stingrays, and the legal authority to use them varies by state and is still being refined in courts.

There is no comprehensive look at stingrays by local and state police departments for any time period, and to date, most information about them has been gleaned by journalist Freedom of Information Act requests and a handful of court cases that have openly addressed how police use them.

But thanks to a report released Monday by the House Oversight Committee, a formal survey of stingrays purchased from 2011-2014 by federal agencies, there’s now a relatively clear picture. The federal government spent at least $95 million on them in that four-year period.

Unsurprisingly, the bulk of those devices went to agencies that more actively pursue and arrest suspects: The FBI leads with pack with 194, followed by U.S. Marshals at 70, and Immigration and Customs Enforcement with 59. Devices can range from $41,500 to half a million dollars, and vary substantially in range. The U.S. Marshals, for instance, deploy a fleet of stingrays by aircraft.

At the other end of the spectrum is the Internal Revenue Service, which told the committee that as of April 2016, it had used its two devices to look into 37 money laundering and identify theft cases.

The Treasury Inspector General’s stingray use is even more sparse. Upon trying to use its single, $260,000 device several years after its purchase in 2008, it found the software was out of date, and instead used one of the Secret Service’s devices instead, it told the committee. It has not tried to use that stingray since.