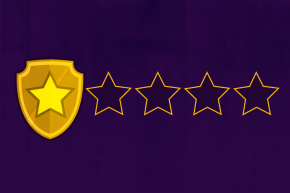 Obama Protects Our Right To Leave A Scathing Yelp Review

A new law prevents businesses from suing their online critics

Consumers can now write their most honest reviews of businesses and products and won’t have to worry about getting sued.

A new bill signed by President Obama last week makes it illegal for companies using platforms such as Yelp, Amazon and TripAdvisor to include “gag-clauses” in contracts that prohibit or fine negative reviews. Many businesses would insert provisions into terms of service agreements warning consumers that they can seek damages for negative reviews.

Gag-clauses are usually easy to miss, especially since consumers quickly skim through the fine print of agreements, if they read them at all. Since these clauses may violate the Constitution’s first amendment, as consumer advocates claim, the new bill would protect people’s free speech — including a person’s right to leave a bad, melodramatic review.

The Consumer Review Fairness Act will void any online contract if it “prohibits or restricts an individual who is a party to such a contract from engaging in written, oral or pictorial reviews, or other similar performance assessments or analyses of, including by electronic means, the good, services, or conduct of a person that is also a part to the contract.”

The Federal Trade Commission will enforce the law and make sure businesses know how to comply with it.

The bill might also help trolls get away with negative reviews and posting inappropriate comments. However, companies can still include confidentiality clauses in their contracts and sue over libelous reviews.

Yelp started protecting consumer’s freedom of speech over the summer by labeling restaurant pages that included “questionable legal threats” in their contracts. The labels were implemented following a $1 million lawsuit against a couple who left a one-star review on the page of a local business in Dallas.

This is not the first time legislation like this is passed. In Sept. 2014, California’s Governor Jerry Brown, signed a bill that protected the right to post bad reviews online without penalty. Now that right is protected all across the country.