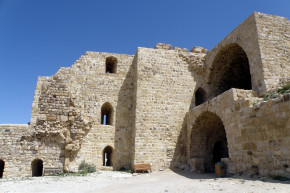 At least seven people were killed on Sunday in a chain of drive-by shootings by unidentified fighters, apparently targeting police patrols and tourists in the southern Jordanian city of Karak, south of the capital Amman.

A Jordanian security source said that four police, two Jordanian nationals, and one Canadian tourist were killed in the attack, and that nine others were wounded in the shootings.

Security sources said that they believe tourists are still trapped inside Karak’s Crusader-era castle, potentially being held hostage by gunmen who took refuge following the advance of Jordanian police on the city.

Jordan is one of the few Arab members in the US-led coalition fighting ISIS in the neighboring Syria and Iraq, and its cooperation with the US has spurred opposition from Jordanian residents.

This is a developing story.