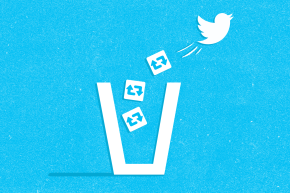 Twitter has gone through a lot of changes over the past year, but the company is not done testing new designs.

Users have been reporting that the iconic retweet button, used to share a post on one’s Twitter timeline, was redesigned to look like a circle with an arrow in the middle. Like all the other changes that have been made in the past, some people are not happy with it.

So am I the only one with the new buttons on twitter, or...? pic.twitter.com/hqSIgUxupX

Twitter’s new retweet button, which is functionally still the same as the old button, is not official and only a handful of users have experienced it. The company told Vocativ that it’s “testing new icons on Tweets to evaluate how this impacts the way that people use Twitter.”

Last year, Twitter redesigned the iconic favorite button by replacing the star with a heart and calling it a “like.” Twitter also removed the character limit in Direct Messages, broke the 140-character limit in tweets and opened up its process for having a verified account so that even white nationalists can get verified.

Part of the reason Twitter — which has been struggling to grow and engage its 317 million user base — might be changing the retweet button is to help new users understand how sharing an article or witty statement works. Some newer or more infrequent users might be confused about what exactly a retweet does.

This is not the first time Twitter rolls out new features as a test before fully implementing the idea. However, there’s of course a chance the original retweet design stays the same.