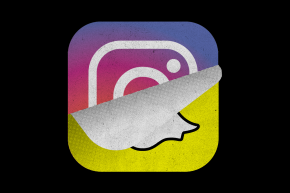 Since introducing Stories, Instagram has had a boom of new users

If there’s a lesson to learn in Instagram ripping off Snapchat’s ideas, it’s that copying pays off. The Facebook-owned social network announced Thursday that it reached a milestone of 600 million users. About 100 million of those users joined Instagram in the past six months, which is roughly around the same time the company launched Stories — an identical format to Snapchat’s.

Instagram’s co-founder once told The New York Times that “other companies deserve all the credit” for the app’s concept, but there comes a time when that concept becomes better and replaces the original. We’ve seen social networks get killed by bigger companies all the time — Exhibit A: Periscope killed Meerkat.

Meerkat, a live-streaming app that became huge at the beginning of 2015, was basically put out of business by Twitter when it blocked it from directly sharing video streams on its platform. Twitter then released it’s own live-streaming app and called it Periscope.

Along with an increase in subscribers, Instagram is also quickly catching up to Snapchat in views on its ephemeral stories. In October, the company announced that 100 million daily active users are watching Instagram stories. That’s only one-third shy from Snapchat’s 150 million daily viewers.

Instagram has managed to become the second most used social network in modern day, right behind its parent company Facebook, which has 1.79 billion monthly active users. In the world of social media, copycats really are rewarded.