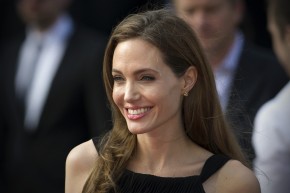 In May 2013, Angelina Jolie revealed in the New York Times that she had undergone a double mastectomy after a genetic test showed she carried a mutation that put her at significantly higher breast cancer risk. Her op-ed made international headlines and raised significant public awareness of the BRCA1 gene that placed her at an 87 percent risk of breast cancer and 50 percent risk of ovarian cancer — Google searches for “BRCA1,” for example, spiked dramatically in the days after it was published.

Jolie hoped women would consider being tested themselves, particularly if they had a family history of such cancers. According to a new study, many women listened. After her op-ed, there were a major increase in the number of women being screened for the dangerous mutation. But if, as the study finds, very few of the women who took the expensive genetic test ended up getting the preventative surgery, the researchers ask: what did the op-ed accomplish?

When researchers at Harvard Medical School looked at insurance claims data from nearly 10 million women in the U.S., they found the number of women getting BRCA1 tests in the 15 days after Jolie’s article was 64 percent higher than what the number had been in the 15 days before. Stretching out the timeframe across 2013 showed similar results, with an increase of about 37 percent in the number of tests after that May publication date. The previous year, there had been no similar spikes, leading the researchers to feel fairly confident that Jolie’s article did actually get more women to get screened.

But the effect ended there. The big jump in tests didn’t then lead to any increase in the number of women getting mastectomies. In fact, the number of women who got mastectomies after getting the BRCA1 test actually dropped from 10 percent in the four months before Jolie’s article to seven percent in the eight months after. More women were getting tested, but that wasn’t necessarily leading to them actually, concretely lowering their cancer risk.

BRCA1 and the also dangerous BRCA2 genes are rare — only about one in 400 to one in 800 women in the United States carry either gene — so it’s not surprising that most tests would came back negative. But, ideally, women getting themselves tested weren’t just a random sampling of the population but rather those whose family history of breast cancer or other factors already put them at risk, which should in turn lead to more positive tests for the BRCA genes and more mastectomy surgeries.

That it didn’t suggests, as the researcher argue, that Jolie’s article might well have been successful in raising awareness, but it possibly didn’t reach those who are at the greatest risk and stand to benefit the most from such screenings. A celebrity announcement like Jolie’s is a powerful tool, but it’s not precise. Another possibility is that more women did get positive results, but then either couldn’t afford or couldn’t bear the prospect of lengthy, potentially expensive preventative surgery.

As Jolie herself notes in her article, the genetic test isn’t cheap. Each test costs $3,000, so the researchers estimate the total price of the 4,500 or so extra tests in the two weeks after the op-ed was about $13.5 million.

To the extent that more awareness and more knowledge are pretty much always good things, Jolie’s article clearly helped. But given the high cost of the test and the uncertain effect of her op-ed on the health of the women who got screened, perhaps it’s the end of her article — in which she points out the high death toll of breast cancer in low- and middle-income countries and advocates for increased access to testing — that is worth taking to heart.

Genetic testing can have a powerful impact, but only if society as a whole is prepared to invest in giving people the opportunity to use it, and celebrity endorsements can only accomplish so much. Jolie would probably be the first to agree with that.