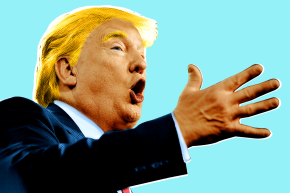 What’s At Stake In Trump’s Meeting With Tech CEOs

As Silicon Valley’s power players sit down with President-elect Donald Trump on Wednesday morning to talk about “boosting American jobs” and building bridges with the new administration, the country should pay attention.

The meeting is likely to set the tone for the industry’s relationship with perhaps the most unpredictable head of state in U.S. history, and at stake in that relationship are a host of pressing issues that will trickle down to affect the lives of people around the country and even the world — people who rely on products and services like Google, Apple and Facebook every day.

Trump, for example, has advocated for internet censorship and opposed encryption tools that help protect personal data from surveillance. Generally, he sees surveillance as a tool that the National Security Agency might use with “as much leeway as possible,” as he said in October 2015. He is also not a fan of net neutrality — the idea that Internet providers should enable access to all sites without playing favorites or imposing limitations — which had a major victory in June when the principle was upheld by the U.S. Court of Appeals.

While the meeting with tech CEOs doesn’t necessarily come as a surprise, it will be an awkward encounter since Trump has constantly attacked some companies — Apple and Amazon — by name during his campaign. Some that are supposed to attend include Apple’s CEO Tim Cook, Facebook’s COO Sheryl Sandberg, Alphabet’s CEO Larry Page and Amazon’s CEO Jeff Bezos, according to Recode. SpaceX’s and Tesla’s CEO Elon Musk and Microsoft’s CEO Satya Nadella were also reportedly confirmed, along with executives from Intel, Oracle, Cisco and IBM.

During Trump’s campaign, a number of tech companies and CEOs have taken stances on a range of broader topics, including immigration, climate change and Internet policy — or “the cyber,” as Trump likes to call it — that were in contradiction with Trump’s ideas and had avoided being associated with or directly denounced Trump’s campaign messages of hate. But that was prior to Election Day.

Now tech companies have a lot at stake in how Trump’s administration pursues particular business issues like trade with China, corporate tax policies and repatriating American jobs — all topics that could come up at the meeting. Since Trump’s victory, some tech leaders have been more careful, and in IBM’s case, have offered cheerful support for the new administration.

Tech companies can often have relationships with governments as contractors and suppliers. When, for example, The Intercept recently asked nine tech companies whether they’d refuse to help Trump build a registry of Muslims in the U.S., Twitter was the only company that gave a categorical “no.” (Notably, missing from the roundtable attendee list is Twitter CEO Jack Dorsey who told Recode he was not invited, then clarified that he wasn’t sure). Accidentally emailing a BuzzFeed reporter on Tuesday, a Facebook representative even called the very question a “straw man,” despite the fact that Trump has repeatedly talked about the possibility of creating such a registry.

In general, despite his prolific Twitter usage, Trump has proven that he doesn’t have much concrete knowledge about technology, the Internet or cybersecurity. When campaigning, he hardly had policies on such topics, and when asked about cyberattacks during the first presidential debate, he provided an extremely vague answer. In recent days, he has questioned news and intelligence reports tying Russia to the hacking of the Democratic National Committee in ways that reveal his profound misunderstanding of the topic.

In another area, Trump has yet to name his pick to head the Federal Communications Commission, the body that sets rules that govern the Internet, but the concept of net neutrality is likely to come under fire. Out of the five commissioners who lead the FCC, two Democrats will be stepping down in January, leaving a Republican majority that could try to reverse net neutrality rules.

Surveillance is also a key issue, where Trump sees as a gray area. As mentioned earlier, he has said he believes the NSA should have leeway to gather data on American citizens, but he’s also said that should be “balanced” with constitutional protections.

Americans have at times relied on tech companies to fight for the public’s interest in these cases, especially to protect encryption technology. Back in February Apple went to court against the FBI for not wanting to unlock the iPhone of a suspected terrorist — saying it would set a “chilling” precedent of allowing the government a “backdoor” into supposedly secure devices. Apple eventually won the case, and the FBI eventually found an Israeli company to unblock the phone. The tech industry’s willingness to resist similar requests could come up again in the new administration.

Some tech leaders have been open to the positives in Trump’s presidency including Microsoft’s co-founder Bill Gates, who will not be at Wednesday’s roundtable. After a phone call with Trump, Gates expressed some support for Trump in an interview with CNBC Tuesday, where he compared Trump to JFK by saying he has the same potential to bring innovation to the U.S., in part by lowering regulatory barriers.

“In the same way President Kennedy talked about the space mission and got the country behind that, I think whether it’s education or stopping epidemics … [or] in the energy space, there can be a very upbeat message that [Trump’s] administration [is] going to organizing things, get rid of regulatory barriers, and have American leadership though innovation,” Gates said.

Trump’s meeting was organized by his chief of staff Reince Preibus, advisor and son-in-law Jared Kushner and by billionaire tech entrepreneur Peter Thiel — who is on the Facebook board with Sandberg and has also been a prominent Trump supporter.

Uber and AirBnB CEOs were also invited, but said they could not attend because they were traveling abroad. “While we’re unable to send a representative to this meeting, we look forward to working with the incoming administration, and others in Washington, on a range of issues,” Airbnb said in an emailed statement to USA Today.

The meeting is supposed to be private and completely off the record, but it’s likely that some CEOs will divulge some of the conversation once it’s over.