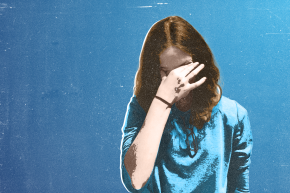 In fact, it's being denied an abortion that is associated with poor outcomes in the short-term

But a new study published in JAMA Psychiatry suggests that women who have abortions are not at greater risk of experiencing depression or anxiety. In fact, researchers found that — wait for it, wait for it — it is denying women abortions that is associated with poor mental health outcomes.

“What we find is that denying women abortion has negative consequences to their mental health and well-being, and we find no evidence of emerging mental health problems after an abortion,” said lead author Antonia Biggs, a researcher at the University of California, San Francisco research group Advancing New Standards in Reproductive Health.

Many studies have already reported finding no evidence of negative abortion-related mental health effects. When the American Psychological Association reviewed the relevant research, it concluded that there was “no credible evidence that a single elective abortion of an unwanted pregnancy in and of itself causes mental health problems for adult women.” But the current study improves upon the methodology of that past research, according to Biggs, and provides the best evidence yet that abortion doesn’t cause mental harm.

The researchers recruited and interviewed 956 women from 30 different abortion clinics in 21 U.S. states. They were first interviewed a week after seeking out an abortion, and then semi-annually for five years. The researchers primarily focused on comparing two different groups: women who had an abortion just short of the clinic’s gestational age limit and women who were denied an abortion because they were just past the clinic’s gestational age limit.

These two groups made for a good comparison because they were similarly far along in their pregnancies and both consisted of women who wanted an abortion. It would be unfair to use a woman who is intentionally pregnant as a comparison, because of course there might be negative mental health effects simply from being unwittingly pregnant. This design made it possible to distinguish between the potential effects of not wanting to be pregnant and of having an abortion.

Within the group that was denied an abortion, things were further broken down: those who eventually gave birth and those who did not (either because they miscarried or obtained an abortion elsewhere).

As the study puts it, “compared with having an abortion, being denied an abortion may be associated with greater risk of initially experiencing adverse psychological outcomes.” The study explains that this “may be a response to being denied an abortion, as well as other social and emotional challenges faced on discovery of unwanted pregnancy and abortion seeking.” In other words, it could be the denial of abortion itself, or also a result of the perhaps unique challenges facing those who seek out an abortion just after the gestational cut-off.

But the researchers found that “psychological well-being improved over time so that both groups of women eventually converged.” In other words, five years later, these groups were doing just about the same in terms of their mental health. “That is something that is surprising to me, that women who are denied an abortion were so resilient and the negative effects weren’t longer term,” said Biggs.

The ultimate takeaway here is that abortion isn’t associated with depression, anxiety, low self-esteem, or a poor sense of well-being. As the researchers conclude, “These findings do not support policies that restrict women’s access to abortion on the basis that abortion harms women’s mental health.” Of course, politicians find plenty of other ways to limit abortion — including Ohio Gov. John Kasich who just signed a 20-week abortion ban on the grounds of “protecting the sanctity of human life.”