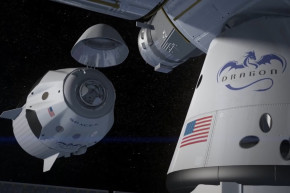 SpaceX has delayed the launch of its first crewed mission until 2018. The company said they need more time to assess and evaluate their fueling procedures. This announcement comes three months after the explosion of their Falcon 9 rocket. The explosion happened on the launch pad during a pre-flight fueling. NASA has voiced concerns about SpaceX’s plan to fuel rockets while astronauts are on board. It will be NASA astronauts who will travel to the International Space Station aboard SpaceX’s Crew Dragon capsule. The mission was originally planned for late 2017, but is now scheduled for May of 2018.