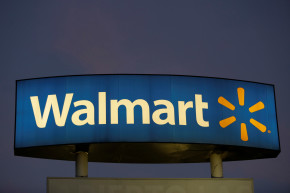 Walmart’s Site Was Selling ‘Got Hitler?’ Mugs
By Sara Morrison

Walmart.com might want to improve its vetting process for third party vendors, as one of them got caught selling mugs with offensive terms emblazoned on them on Monday.

In a listing that no longer appears on Walmart’s site, a company called JM Holdings LLC was selling a mug with the words “got retard?” emblazoned on the side, in the style of those “got milk?” ads. Walmart, like Amazon (which also had a listing for the mug that has since been removed), allows other companies to sell products through its site. This gives the other company a way to reach millions of potential customers, while Walmart.com’s offerings are that much more robust. It is a problem, however, when Walmart appears to be selling mugs with offensive terms on them.

As you can imagine, lots of shoppers were not thrilled, including the father of a boy who has Down syndrome.

The problem with Amazon-like model for @Walmart is loss of control over what’s sold on your site, under your brand. https://t.co/rYYaVeHk9U

The National Down Syndrome Society told Vocativ that it reached out to Amazon and Walmart to request that they stop selling the mugs, and both companies agreed.

“NDSS strongly condemns the use of the ‘r word,'”said Sara Hart Weir, president of the National Down Syndrome Society. “As the leading human rights organization for all people with Down syndrome, we maintain a zero tolerance policy for this type of mockery and offense. All people with Down syndrome are valued members of society and deserve to be treated with the upmost dignity and respect.”

Walmart told Vocativ that the mug violated its prohibited items policy and was removed as soon as it was brought to its attention.

“We think it’s unacceptable that a seller put it on the site in the first place,” a spokesperson for Walmart said.

JM Holdings told Vocativ that its mug designs are generated using “lists of words taken directly from the dictionary,” and while “we try our best” to remove offensive terms, “some words do slip through the cracks.”

While that might make sense for the “got retard?” mug, it doesn’t really explain the “got Hitler?” mug that is also being sold on Walmart.com by the same company.

There’s also a “got Pepe?” for the alt-righter who wants to be a little more subtle. It is available in several different colors and styles. “Hitler” might be found in some dictionaries. “Pepe” … not so much.

When informed about the Hitler mugs, a spokesperson for Walmart said the company would be reviewing JM Holdings’ entire inventory.