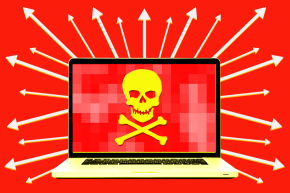 Police around the world want to warn young people: Resist the temptation to hire a hacker to take somebody offline.

In one of the largest crackdowns of its kind to date, an international police effort has led to 34 arrested over a series of DDoS attacks.

Short for Distributed Denial of Service, a DDoS is one of the oldest, and simplest, tricks in the hacker’s toolkit, and works on the very basic principle that if someone can sufficiently flood a network with traffic, they can slow or even knock it offline. Such an attack is usually accomplished by a hacker who creates a “botnet,” a huge army of hacked computers that all move in tandem to overwhelm a network.

While DDoS attacks are old and often seen as rudimentary, creative use can still cause major damage. In late October, an unknown person or group assembled a powerful Mirai botnet — a type largely made up of easily hacked Internet of Things devices — and attacked networks associated with basic internet infrastructure. That caused a number of popular sites, including Twitter, Reddit, and LinkedIn, to slow to a crawl for hours.

It’s not thought that these arrests, which were all conducted during the week of Dec. 5 to 9, were connected to that attack, however. The majority of individuals, according to a Europol announcement, were under 20 years old. An additional 67 individuals were interviewed, but not arrested.

Those 34 each stand accused of paying to use a stresser, or a DDoS-for-hire service, Europol said. It’s not clear there was any single thread tying them all together; the arrests came out of a joint week of action against DDoS attacks by a series of law enforcement agencies in 13 countries: Australia, Belgium, France, Hungary, Lithuania, the Netherlands, Norway, Portugal, Romania, Spain, Sweden, the United Kingdom and the United States.

The FBI has named a single American, 26-year-old Sean Sharma, as one of those arrested. A graduate student at the University of Southern California, he stands accused of paying to knock a San Francisco-based chat app offline.