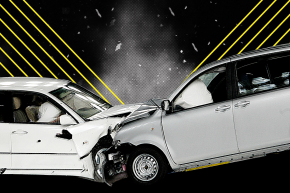 If A Self-Driving Uber Crashes In Michigan, Carmakers Will Be Liable
By Janus Kopfstein

If A Self-Driving Uber Crashes In Michigan, Carmakers Will Be Liable

Michigan just passed the most permissive set of autonomous vehicle rules in the U.S.

Michigan has passed the most permissive and comprehensive set of rules yet for self-driving cars in the U.S., paving the way for both auto-makers and ride-sharing companies like Uber, Lyft and Juno to eventually deploy fully autonomous vehicles and services inside the state.

The regulations, signed into law by Gov. Rick Snyder through four separate bills on Friday, make clear that auto-makers will be held responsible for any accidents caused by autonomous cars in the state, as long as those vehicles haven’t been modified or tampered with. A summary of the legislation states that companies will be forced “to assume liability for each incident in which an automated driving system was at fault during the time that the automated driving system was in control of a vehicle.”

Last year, Volvo voluntarily agreed to accept liability for traffic accidents caused by cars while in their self-driving mode. Security researchers have also repeatedly warned that companies must accept liability for their software as cars, pacemakers and other objects are increasingly connected to the internet and governed by artificial intelligence. But there are still no federal rules for autonomous vehicles or connected devices that clearly make companies responsible when their systems fail — or when their negligence leaves security holes that are eventually exploited by malicious hackers.

A tragic preview of potential consequences came earlier this year, when a driver died in a crash while using a Tesla vehicle’s “autopilot” mode. Security researchers Charlie Miller and Chris Valasek, who now work on Uber’s security team, have also demonstrated software flaws that could allow a hacker to remotely control several models of connected cars, including their brakes and steering.

Michigan’s new autonomous vehicle rules take effect immediately. While other states have rules regulating autonomous vehicles, it’s the first state to create a legal framework specifically for on-demand, autonomous ride-share services. You won’t be seeing Silicon Valley companies simply unleashing their own fleets of self-driving cars, however. Under the rules, ride-sharing companies like Uber will need to collaborate with traditional auto manufacturers under an arrangement called “SAVE,” which aims to ensure the vehicles meet National Highway Traffic Safety Administration standards.

Six other states have previously legalized self-driving cars to a more limited extent, with Florida being the only other state that currently allows autonomous vehicles to be tested on public roadways without any steering, brakes, or human drivers.