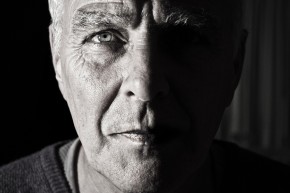 Can the eyes really provide a window into our brain health? That’s what a California-based startup and a group of neuroscientists are pinning their hopes on.

Neurotrack Technologies Inc., a startup founded in 2012 to create easier ways to detect cognitive decline, released its first app in January. Its five-minute Imprint Cognitive Assessment Test, usable on any computer with a webcam, is said to measure the level of dysfunction in the hippocampus brain region by gauging how well a person holds onto the memory of a familiar image. Because this brain region, responsible for certain aspects of memory alongside navigation and emotion, is one of the first areas to be damaged by Alzheimer’s Disease, the company hopes the test can better predict who will develop and eventually succumb to the neurodegenerative disorder.

Earlier detection of Alzheimer’s risk could help patients to take proactive steps to protect their mind from decline. And as the U.S. sees Alzheimer’s rates increase with an aging population, tests like these could also potentially save money on expensive diagnostic tests currently used, like PET and MRI scans. “We’d love for this app to have an impact everywhere, especially in places where access to healthcare and specialized care for seniors, who are very often living on fixed incomes, is harder to get,” Neurotrack CEO and cofounder Elli Kaplan told TechCrunch earlier this December.

The app is based on research conducted by Neurotrack co-founders Dr. Stuart Zola, Dr. Cecelia Manzanares, and Dr. Elizabeth Buffalo. Zola and Buffalo extensively worked with monkeys for some time, using them as a placeholder to test how memory functions and degrades in people. Eventually, with Manzanares and others, they developed a 30-minute test called the Visual Paired Comparison (VPC) task.

The VPC places several images in front of someone and tracks how long their eyes stay glued to them. When we’re at our healthiest, we can’t help but spend more time staring at an image we’ve never seen before than one we already have. But when our hippocampus is damaged, as the research group showed in several human studies, this preference goes out of the window since we simply don’t remember the older images as well.

In the group’s most expansive study to date, published in 2013, they tested and followed nearly 100 patients for five years, with a third having mild cognitive impairment (a stage of mostly unnoticeable mental decline that signifies a higher risk of Alzheimer’s and other types of dementia) and the rest being healthy. In both groups, a low VPC score did indeed largely predict who would go on to develop Alzheimer’s or slip further down into cognitive decline, sometime as far as three years before it happened.

However, the science behind Neurotrack isn’t entirely settled. For one, scaling down a 30-minute test into a 5-minute version could come with some drawbacks, such as reduced accuracy. And while Neurotrack’s homework isn’t lacking, any good piece of science, no matter how groundbreaking, needs to be replicated in different places and by non-affliated scientists.

The company says they’ve begun a clinical trial of their technology as of earlier this spring, and it’s in partnership with other research institutions that are testing it out in their labs, including the NYU Alzheimer’s Disease Center.

Dr. Stephen Ferris, of the NYU Alzheimer’s Disease Center, told Vocativ that his research team is currently recruiting both healthy volunteers and those with mild impairment to put the Neurotrack software through its paces. Volunteers will be given the normal course of tests that measure established signs of early Alzheimer’s progression, which will then be compared to their Neurotrack scores to see if they match up. His research, two-thirds complete, is not only evaluating Neurotrack (both the 30-minute and 5-minute version) but a bevy of other promising noninvasive tests — all in hopes of finding a better and cheaper way to diagnose the earliest cases of Alzheimer’s.

“Standard cognitive tests don’t really tell us, to any useful extent, who among the population of older people are likely to have the beginnings of Alzheimer’s disease,” Ferris said. “And so there’s a huge need for inexpensive, noninvasive ways to identify people at risk.”

Currently, anyone can take the test for free by registering on the company’s website. From there, they can then sign up for Neurotrack’s Cognitive Health Program, developed by a different group of researchers, which provides useful lifestyle and dieting tips intended to stave off any further brain drain.

Elsewhere, Neurotrack isn’t the only group intending to use our eyes to foretell our Alzheimer’s future — researchers at the University of Minnesota published their own work this past July on an experimental eye exam that detects subtle changes in the retina caused by the formation of plaque in the brain. They hope to begin human trials in the near future as well.