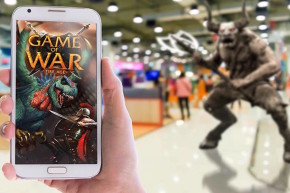 Kevin Lee Co embezzled nearly $5 million from his employer, and spent $1 million of that on a freemium game

Ever played those massive multiplayer ‘freemium’ games, in which users spend real-world money to buy in-game advantages, and wondered: Who on Earth has enough time and disposable income to spend dominating a game on their phone?

Well, one answer is a middle-aged man using other people’s money.

Kevin Lee Co, 45, of Rocklin, California, pleaded guilty to wire fraud and money laundering, the Justice Department announced last Thursday. Co worked in the accounting department of Holt of California, which sells manufacturing equipment, between 2008 and 2015. In that time, he managed to steal nearly $5 million. A man who handles money all day long trying to steal some of it might not be that surprising. But what he spent it on is.

According to court documents, along with nice cars and season tickets to sporting events, Co spent an unspecified amount of money on plastic surgery and $1 million on a game called “Game of War.” You might be familiar with “Game of War” from its commercials, which ran during the 2015 Super Bowl and featured Kate Upton (she was later replaced by Mariah Carey). And the game could clearly afford such star power, thanks to players who spend an estimated $1.6 million every day on in-game packs to become more powerful and rule their kingdoms.

It seems that Co was not able to resist the siren song of $99 packages full of gold, components with which to make armor, and speed-ups to instantaneously create massive armies, so he spent $1 million of his ill-gotten gains on the mobile freemium game. That’s about 10,100 packages. Machine Zone, which developed “Game of War,” did not respond to request for comment on Co’s apparent obsession with its game.

Hopefully, Co got all the enjoyment he needed out of “Game of War,” because he may not be able to play it for a long time: He faces up to 20 years in prison for each of the two charges as well as up to $750,000 in fines.