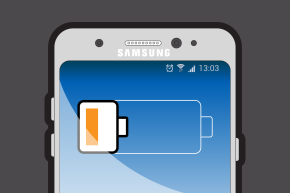 If you still have a Samsung Galaxy Note 7, aka an exploding device, it could stop charging as soon as Dec. 19. Samsung is releasing an update that will permanently disable Note 7 models from charging.

The update, which affects all recalled models, is yet another attempt to get the spontaneously combusting phones out of consumer’s hands. So far, the company has managed to collect 93 percent of all recalled units.

Samsung began alerting consumers to stop using Note 7 models last month by showing a pop-up every time the screen turned on. The company also implemented a software restriction that would stop the phone from charging past 60 percent.

The Note 7 was first recalled in mid-September and then again in mid-October when the company realized that replacement units were also catching fire.

Major carriers have struggled with whether and when to send out the update. In a statement on Friday, Verizon implied it won’t push the update at all because of safety concerns “in the heart of the holiday travel season.” “We do not want to make it impossible to contact family, first responders or medical professionals in an emergency situation,” Verizon said. But a spokesperson for Verizon told Vocativ that just because they don’t have a release date now, it doesn’t mean they won’t push the update in the future.

AT&T, Sprint and T-Mobile will also wait until the holiday season is over to release the update. AT&T and Sprint are pushing the killer update on Jan. 5 and Jan. 8, respectively. T-Mobile will push it earlier on Dec. 27th.

The Note 7 was also rendered useless in Canada this week. Samsung released an update Monday that disabled battery charge, Wi-Fi and Bluetooth. However, if users have an emergency they’ll still be able to dial 911. Those with Note 7 models in the U.S. can expect to receive the update within the next 30 days. The phone will continue to work if its plugged in to a power source or if it’s not updated.