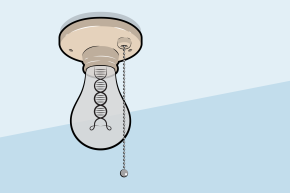 The Hunt For A Gene Editing Off-Switch — Just In Case

Scientists have found a way to shut off CRISPR, the gene editing enzyme

To optimists, the gene editing enzyme CRISPR — a breakthrough tool that has recently allowed scientists to precisely modify the DNA of living organisms — is poised to save the world. It could possibly get rid of diseases like HIV and sickle cell anemia, grow hardier crops and even make us better versions of ourselves.

And, yet, there’s a looming dark side. Though it’s more accurate than previous methods of altering our genomes, CRISPR can still make its “cuts” at the wrong spot in the genome, which could its use ineffective at best or hazardous at worst. That’s because once CRISPR starts working on a genome, it’s nearly impossible to get it to stop. Some experts are worried that CRISPR-modified genes could be quickly passed down so that they fundamentally alter a species in harmful ways, a phenomenon called a gene drive. For example, experts fear that terrorists could quickly spread a lethal pathogen this way.

This is why scientists have been looking for a way to shut down CRISPR if it goes wayward — to have more control over its use. Now researchers from the University of Toronto and the University of Massachusetts Medical School have discovered three naturally-occurring “off switches” for CRISPR in the form of proteins.

When we talk about CRISPR, we’re usually talking about two components of a system. The CRISPR part scans the DNA, looking for a specific pre-determined pattern. Once it finds it, an enzyme called Cas9 actually snips the DNA at the right spot. Scientists have already figured out how to manipulate the pattern that CRISPR seeks and how to float replacement DNA next to the cut to take advantage of the cell’s natural ability to repair its genome. But they haven’t really been able to change the function of scissor-like Cas9 enzyme after it’s working on a cell’s DNA.

On a practical level, scientists could simply introduce these proteins if CRISPR is snipping DNA in places they didn’t intend. There’s a chance, too, that researchers could encode genes that produce the anti-CRISPR proteins into the DNA of organisms that are particularly at risk of unintended gene drives, such as insects. It might even work for humans, though there would certainly be lots of safety tests and ethical questions to answer (should we edit our DNA to make sure no one else can edit our DNA?) before that could happen.

Still, the ability to turn CRISPR off could be an asset not only for scientists, but also for national security. In September, the military’s R&D group, DARPA, launched a program called Safe Genes that encourages scientists to submit techniques that could thwart unsanctioned uses of CRISPR or undo changes made with it. That project, along with efforts from researchers at these and other institutions, ensure that the anti-CRISPR tool outlined in this paper won’t be the only one that scientists can choose from.