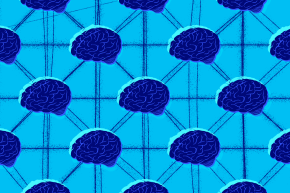 For the 15 million Americans struggling with depression, finding the proper treatment can be a frustrating process of trial and error. It’s not uncommon for patients to try different types and doses of drugs before they find a treatment that works; some never do. If doctors could determine which treatments would work best for different patients much sooner, they could alleviate suffering and improve care.

The problem is that most efforts to categorize depression are based on a patient’s reported symptoms, and these methods are haphazard and hard to generalize. Now a team of researchers has tried a different approaching using brain scans. They were actually able to correlate the structures in the patients’ brains with a depression treatment that was most effective for them.

Though previous experiments, scientists have learned that people with depression have a slightly different structure in their brains compared to people without. Most notably, they tend to have fewer connections between the front and back parts of the brain, or the higher mental functions and basic emotions respectively. If doctors could see those structural differences, the researchers thought, they could start to categorize different types of depression, which could correlate to different treatment options.

In the study, published last week in the journal Nature Medicine, the researchers compared fMRI readings, which indicate changes in blood flow in the brain, between more than 300 patients with depression and a similar number from healthy subjects.

Using a statistical technique, they analyzed the different patterns of connections within the brain, which organized the patients into four subgroups, each of which had a slightly different combination of symptoms. For example, patients with depression who had less connectivity surrounding the amygdala, associated with feelings and physiological reactions to fear, were more likely to have symptoms of anxiety. They double-checked their algorithm with fMRI data from the same and new patients, and the system categorized them correctly more than 85 percent of the time.

Importantly, they found that their system better predicted which patients responded best to transcranial magnetic stimulation (TMS), a non-invasive depression treatment, than patient symptoms, which is how doctors typically choose which patients would be the best candidates. If these results are validated and further refined by other scientists, they could potentially improve how doctors diagnose depression in patients.

Though better diagnosis would be key, the researchers note, it would only be one more tool to combat a disease and complex and diverse as depression. The findings could also help researchers develop new, targeted treatments for different types of depression that are more effective and with fewer side effects.