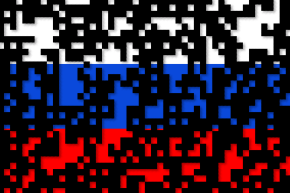 For all the suspicions that some Democrats, independent researchers, and possibly even Obama himself have about the role that Russia-led hacking played in the election, it seems that the country has had its own cyber trouble to deal with as of late.

According to a Reuters report, Russian authorities have revealed that in May, police arrested a “large” amount of people for their alleged role in electronically lifting $19 million from the Central Bank of Russia. The disclosure comes in the wake of the bank discreetly confirming in a financial stability report released last week that they had been the victim of a major cyberattack earlier in the year.

In a public statement, Artyom Sychyov, deputy head of the Bank of Russia’s security directorate, said the arrests were part of a joint operation conducted by the Interior Ministry, which supervises the police and local government, alongside the Federal Security Service.

As of yet, though, it’s unclear whether this operation is the same detailed by the FSB in early June. That operation involved the arrest of around 50 individuals connected with the electronic theft of $27 million from several of the country’s financial institutions, though none were named at the time. According to Reuters, the Central Bank’s report detailed that hackers tried to steal as much as $45 million from them, using fake client credentials to trick money out of the bank’s correspondent accounts, which handle bank-to-bank transfers. But more than $26 million of that total was frozen or later recovered by the bank, roughly matching with the $19 million figure tossed out in this latest disclosure.

The alleged heist, as well as other recent or planned attacks at Russia’s financial system, have largely been blamed on outside interlopers.

Last week, the country announced they successfully blocked a major cyberattack that would have occurred Dec. 5 and which was orchestrated by hackers who were aided by an unnamed foreign intelligence service. FSB officials specifically claimed the attacks were made from servers owned by Ukrainian-based web-hosting company BlazingFast and physically located in the Netherlands. They further claimed the attacks were part of a disinformation campaign to undermine the entire financial system by sowing panic about a “crisis of credit” through text and social media messages.

In its own statement, Blazingfast responded in a Facebook post that there were no signs of abnormal patterns on their end that would have allowed anyone to pull off the sort of attack the FSB described, and claimed that they hadn’t been contacted by the agency. They added, however, that they are completely willing to cooperate with any country or legal entity that reports the sorts of activities banned by “Ukrainian, European and International laws.”

Russia has for years struggled to deal with financial rumors. In 2014, its banks scrambled to combat a spate of claims that they would soon stop credit card services and prevent cash withdrawals. Rumors notwithstanding, independent analysts and Russian banking officials alike have stated that the country is still in the midst of its worst financial crisis in decades.