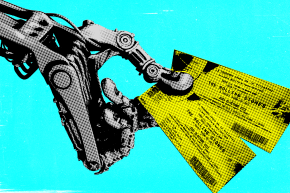 Ticket-Buying Bots That Help Scalpers Will Finally Be Illegal

The best seats in town will no longer be scooped by online robots that help ticket re-sellers who grab everything before you can even click “order.”

The BOTS Acts was passed by the House of Representatives Wednesday and it’s now on its way to the White House for President Obama’s signature. The banning of these online bots will give all those people looking for “Hamilton” tickets a better chance to watch the Tony Award-winning show at an affordable price.

“These bots have gotten completely out of control and their dominance in the market is denying countless fans access to shows, concerts and sporting event and driving prices through the roof,” said Senator Chuck Schumer, who is a sponsor of the bill and partnered with creator of “Hamilton” Lin-Manuel Miranda to campaign for its passage.

The BOTS Act will also give the Federal Trade Commission the authority to enforce its practices against violations. Those who get caught using bots will be slapped with a hefty fine — although it’s still unclear how big.

Ticketmaster estimated in 2013 that 60 percent of the most desirable tickets have been scooped by bots. Many artists in the Broadway and music industry have expressed frustrations with bots since they are stealing profits from someone else’s work.

In the past, ticket buyers have reported seeing concert tickets for Bruce Springsteen and Paul McCartney’s being resold at outrageous prices starting at $500 and upwards to $8,000 each. Tickets for “Hamilton” were being resold at an average of $750 per ticket and some were being sold in the thousands.