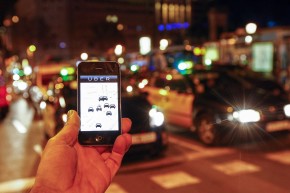 Uber Could Ban You If You Throw Up While Riding

Here’s what not to do when riding Uber: throw up, have sex or hit anyone in the car.

The ride-share company updated its community guidelines this week to include a list of reasons that could potentially ban people from using the app ever again. Most of them are pretty obvious, but the company wants to make sure riders know the rules of being a decent human being.

“You are expected to exercise good judgment and behave decently towards other people in the car when riding with Uber — just as you would in any public place,” Uber states in its guidelines.

Uber’s list of behavior that can get someone banned includes damaging property, sexual harassment (and activity), physically or verbally attacking the driver or a fellow passenger and any form of unlawful activity while riding (human trafficking or drug consumption, for example).

Discriminating against a driver or fellow passenger, carrying a firearm or fraud can also get a rider banned.

If the company receives reports of such behavior, it’ll contact the rider to investigate the situation and figure out how serious are the accusations. Uber might either temporarily put a rider’s account on hold if its something like a vomiting incident or it’ll immediately ban someone if the incident is extremely serious.

Riders can also get their accounts suspended if a friend misbehaves during a ride. The same applies to riders who request Ubers for other people and they’re not in the car — your account, your responsibility.

Uber also updated its guidelines for drivers, who can get banned for the same reasons. However, drivers can also get their accounts suspended for reckless driving, high cancelation rates and fraud.

The changes to the community guidelines come after several Uber-related rape and attack reports that have made headlines over the past couple years. Some riders have allegedly been discriminated for being gay, while others have been sexually harassed and attacked by drivers or fellow passengers. Drivers have also reported misbehavior from riders.

This is not the first Uber updated its website to address the safety concerns raised by app users. Last year, the company released a “safe ride checklist” that reminds users to be aware of who their driver is incase of any threatening behavior.