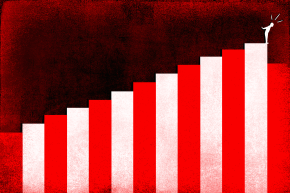 U.S. Life Expectancy Drops For The First Time Since 1993
By Ed Cara

U.S. Life Expectancy Drops For The First Time Since 1993

In a year filled with disappointments, tribulations, and celeb deaths, it’s fitting that the CDC has one last crescendo of bad news to wallop us with — turns out we’re all dying sooner than expected.

On Thursday, the agency’s National Center for Health Statistics (NCHS) released its annual report on the country’s average life expectancy, incorporating new mortality statistics from 2015. They found that the average American born in 2015 was expected to live 78.8 years, a slight but rarely seen decline in life expectancy from the year before, by 36 days. How rare? It’s the first time in over two decades that we’ve collectively experienced a drop in expected life, not since the worst days of the HIV epidemic from in 1993. That year’s life expectancy was 75.5 years compared to 1992’s 75.8 years.

“This is unusual,” the report’s lead author Jiaquan Xu, an NCHS epidemiologist, told the AFP. “2015 is kind of different from every year. [It] looks like much more death than we have seen in the last few years.”

That said, we shouldn’t be too fear-stricken of a coming plague. There was no drastic shift in what killed us—the top 10 leading causes of death (accounting for 74.2% of all deaths) remained in the same positions they held in 2014. But there were subtle differences in how often we died from a specific thing.

We were noticeably more likely to be killed by eight out of the ten leading causes in 2015 than 2014, with the highest proportional increases among deaths caused by Alzheimer’s disease and unintentional injuries. The single largest jump in deaths among infants was also from injury, which rose 11.3% from 2014, mostly due to accidental suffocation and strangulation while in bed, according to Xu. Because heart disease is by far the largest killer though, the 0.9% rise seen in 2015 still accounted for more total deaths than any other cause.

The trends likely reflect ongoing struggles Americans have had with flagging elderly care, obesity, drug addiction (overdoses are included in the injury category), and stress brought on by economic hardship. Though it’s the first decline we’ve seen in a while, life expectancy has remained stagnant over the last few years. And a 2015 study found that it’s already been dropping for white middle-aged Americans for some time. Black men, however, are still the most likely to die in any given year, having the highest age-adjusted death rate of all groups.

Also important to bring up is the effect of poverty — much like the drastically growing wealth and income gap between the rich and poor, there’s a lifespan gap as well. A 2016 study by the Brookings Institution found that a man born in 1940 would live 12 fewer years if he was part of the poorest 10% of the country compared to the richest 10%; for women, it’s a decade less. And there’s every indication that this gap will continue to increase as the next generation reaches their golden years.