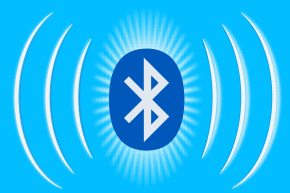 Bluetooth 5 Is Here To Make Your Gadgets Better, Faster, Stronger
By Alejandro Alba

Bluetooth 5 Is Here To Make Your Gadgets Better, Faster, Stronger

Bluetooth is finally getting an update. — Illustration: Diana Quach
By Alejandro Alba
Dec 07, 2016 at 5:06 PM ET

Bluetooth 5 has finally arrived, and that means no more weak signals when using wireless headphones or slow speeds when transferring files between two devices.

The Bluetooth Special Interest Group (SIG), the group that sets the standards for the technology and oversees licensing, announced Wednesday that it officially adopted the new Bluetooth 5 standard and that it’ll be available in coming months for device manufacturers to utilize. The new update will quadruple the distance of wireless signal, double the speed in which data is transmitted and increase the size of broadcasting messaging capacity by eightfold.

Some of the most obvious benefits will be the enhancement of wireless headphones and speakers. Consumers with Bluetooth 5 will be able to walk further away from their device and still maintain good-quality sound. Therefore, a person can leave their phone in the kitchen and go upstairs to the bathroom, and the signal won’t drop.

Another great thing about Bluetooth 5 is that it’ll reduce the interference between other Internet-connected devices, especially in this day and age where increasingly everything in our homes from our thermostats to televisions is hooked up.

Bluetooth 5 is being released at an ideal time since smartphone manufacturers like Apple are starting to remove headphone jacks from their products. Samsung is also rumored to phase out the headphone jack from the unreleased Galaxy S8. This leaves consumers having to use wireless headphones that are not up to par with the phone’s technology.

Although the signal distance will improve, the quality of audio will remain the same. Enhancements to improve the sound without draining so much battery can be expect to arrive in 2018.

ABI Research predicts a huge growth in internet-enabled devices, which will most likely require Bluetooth 5. The research organization said it’s expecting 48 billion devices to be installed by 2021.