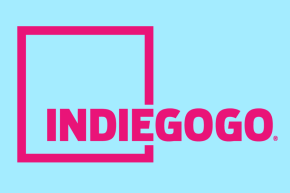 Indiegogo Tweaked Its Terms Of Use To Help Prevent Scams

Changes come two days after Vocativ reported on a scam campaign that raised hundreds of thousands of dollars.

Two days after Vocativ reported on an Indiegogo campaign that made off with hundreds of thousands of dollars, the crowdfunding platform has changed its terms of use to make it more difficult for scammers to start campaigns and easier for Indiegogo to collect funds from them if they do.

Among the additions to the terms is a requirement that the location stated on the Indiegogo campaign match the campaign owner’s legal residence, that campaign owners not “impersonate any person or entity,” and that owners “provide timely, frequent, and substantive updates” to backers. Campaign owners also may not launch new campaigns if previous ones have not yet been fulfilled.

Indiegogo has also added collection agencies to its methods of seeking reimbursement from campaigns, most likely as a last resort when it is not able to obtain them by withholding disbursements or taking them out of the bank account linked to the campaign.

On Monday, Vocativ reported on an Indiegogo campaign for the BioRing, which, its owners claimed, could measure steps, calorie intake, and heartrate even though the technology necessary to achieve such things may not exist. The campaign raised nearly $750,000 before it was closed by Indiegogo for a terms of service violation that platform declined to specify. Only around $300,000 has been refunded to backers so far, most of which came from funds Indiegogo had not yet disbursed to BioRing.

Indiegogo’s updates seem to be making an effort to ensure that the campaign owners are who they claim to be and therefore can be tracked down if anything goes wrong, as well as giving Indiegogo more ways to get money back from the owners. But it’s not clear if the updates could have prevented something like BioRing from happening in the first place, and they don’t seem to do anything more when it comes to establishing the validity of the product the campaign is centered around, such as requiring that they have a working prototype before they can launch (Kickstarter has had this requirement since 2012). Indiegogo’s terms already said that campaign owners may not make false promises or be “just plain phony.”

In a statement, Indiegogo did not indicate that the update was made in response to Vocativ’s article, saying it “periodically makes changes meant to improve the experience for both backers and campaign owners on the platform.”