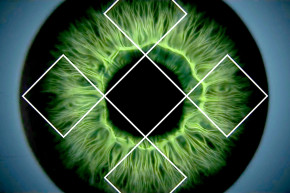 How To Keep Your Online Privacy In The Age Of Trump

To say that people are increasingly uneasy about staying private online is an understatement. More than three quarters of Americans say they’re not confident online ads are private and secure, and 93 percent of them say it’s important to be in control of who can get information about them.

And they’re taking steps to ensure it, too. In the weeks since Donald Trump was elected the next president of the U.S. — a move that sent many privacy advocates into a tizzy — downloads of Signal, the industry standard encrypted chat app, increased by 400 percent.

If retaking total control of your online presence seems to daunting of a task, the nonprofit Tactical Technology Collective has a solution. The group has rented out a temporary space in New York City to evangelize its simple “data detox.”  Located at 201 Mulberry St. in Manhattan, it’s open Daily until Dec. 14.

There’s just eight simple steps — one doesn’t really need to wait a full day to digest each of them — in the TTC’s program. The first few concern awareness of one’s online presence: Which social networks do you use, and what do they collect about you? Many let you alter your settings to, for example, not record your location settings. Others, like Facebook, can limit who can see your posts — whether it’s anyone who clicks your profile, or only people you’ve accepted as a friend.

From there, it recommends making better choices when browsing and messaging online, especially with your phone. Instead of a default texting app, you can use Signal, a broadly acclaimed secure messaging app that encrypts your texts. When browsing sites that you don’t want to be able to easily see where you’re coming from, you can download Tor to hide your tracks.

Finally, you can be “tricky,” as Alistair Alexander, a TTC director, told Vocativ. That means not importing contacts from one program to another and not giving social networks more information about you than is absolutely necessary. And, while you’re at it, to make sure you give every account a long password — more than a dozen characters, at minimum — to minimize the chances of an automated script being able to guess it within your lifetime.