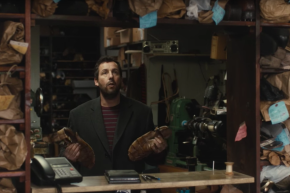 An Oregon man was sued after his IP address was used to download 'The Cobbler,' though there was no proof he was the downloader

Thomas Gonzales was falsely accused of illegally downloading a movie on BitTorrent. To make matters worse, it was an Adam Sandler movie. Adding even more insult to injury, it was the widely-panned bomb “The Cobbler.”

Fortunately for Gonzales, after the humiliation of having to hire lawyers and go to court to defend himself against such heinous allegations, a judge has granted his motion to dismiss the case and has awarded him nearly $17,500 in court costs and attorney’s fees.

According to court documents posted by TorrentFreak, in 2015, the company behind “The Cobbler” sued an IP address found to have illegally downloaded the film, in which Sandler plays a cobbler whose magical stitching machine allows him to literally walk in other people’s shoes. Gonzales was later found to be the subscriber behind that address, so his name was added as the defendant. But Gonzales said that the IP address was actually being used in an adult care home, which meant there were several people who could have been responsible for the download. Gonzales himself said that he didn’t actually live in the home and refused to give the names of the people who did.

Gonzales’s motion to dismiss was granted back in June, with the judge saying that “The Cobbler,” which currently has 9 percent fresh rating on Rotten Tomatoes, did not have a “good faith basis” to accuse Gonzales of being the Sandler downloader. The IP address, the judge said, was not enough. In this most recent ruling, which concerns whether or not “The Cobbler” must pay fees incurred by Gonzales while defending himself, that same judge said it was “objectively unreasonable” for the company to continue to go after Gonzales once it realized there was a good chance he didn’t download the film, which was nominated for two Razzies for Worst Actor (Adam Sandler) and Worst Screen Combo (Adam Sandler and any pair of shoes).

Additionally, the judge noted that lawyers for “The Cobbler” have filed hundreds of similar cases in Oregon’s courts alone since 2014 — what she calls “overaggressive litigation” — and said she suspects that they are using threats of a lawsuit to scare people into agreeing to pay large settlements. That, she said, was part of her reasoning when agreeing that “The Cobbler,” which also stars Dustin Hoffman and Method Man, should pay for the legal fees that Gonzales should not have incurred in the first place.

Gonzales was awarded everything he asked for except for $12.40 that he paid for parking.