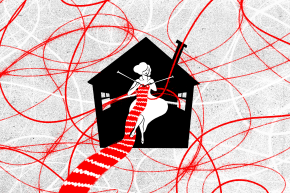 What Information Overload?
By Allee Manning

Most people are adapting to increasing flows of information. They even like it

While humans have feared the bogeyman of “information overload” since the Renaissance period, a future in which we are over-inundated with paralyzing information has never seemed as threatening as now, in the digital age. It’s what futurist Alvin Toffler foretold in his 1970 novel “Future Shock,” envisioning a “super-industrial society” that left people debilitatingly stressed and disconnected. Most Americans, however, don’t seem to think that time is here quite yet.

A new Pew Research survey of 1,520 adults finds that only 20 percent of Americans say that they are “overloaded by information,” and 77 percent say they actually like having so much information readily available to them. This means that despite the emergence of now-ubiquitous smart devices and social media platforms delivering information to the masses at previously impossible speeds, we’re actually feeling less overloaded than we were 10 years ago. Go figure!

The report notes that increased access to devices and broadband connections may be helping us deal with the slew of information now available to us, with those owning more devices feeling more comfortable with the information they receive. As a result, their research also shows the damaging impact of the digital divide.

The groups that still face the greatest feelings of information overload are black Americans, senior citizens, Americans making less than $30,000, and those who have not attended college.

By the same token, those with more digital devices were more likely to say they liked having so much information available to them.

While “information overload,” is perhaps a bit vague-sounding, the survey reveals that its implications can be stressful for people experiencing it. For those without any college-level education and those living on less than $30,000 per year, gathering and keeping track of information from institutions like banks, government agencies and schools proved especially difficult and stressful.