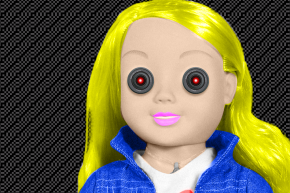 Talking Toys Could Be Spying On Your Children
By Alejandro Alba

Talking Toys Could Be Spying On Your Children

A coalition made up of consumer advocacy and privacy organizations recently filed a complaint to the FTC claiming that manufacturer Genesis Toys and speech recognition technology provider Nuance Communications are using toys to violate the privacy of kids and their families.

“By purpose and design these toys record and collect the private conversations of young children without any limitations or collection, use, or disclosure of this personal information,” reads the formal complaint. It was filed by the Electronic Privacy Information Center, Campaign for Commercial Free Childhood, Center for Digital Democracy and Consumers Union.

The two toys in questions are “My Friend Cayla,” which is a talking doll that can understand and respond to kids in real-time, and the “i-QUE” robot, which is described as a “quick witted, smart talking know it all.”

The smart toys ask children for very specific personal information such as parent names, favorite TV shows and meals, school name and the city in which they live, the filing states. Both toys also take users’ IP addresses in order to collect location data, according to their privacy policies.

The coalition is asking the Federal Trade Commission to take action, since the toy manufacturer is allegedly violating the Children’s Online Privacy Protection Act (COPPA) and Section of 5 of the FTC Act, which prohibits “unfair or deceptive acts or practices in or affecting commerce.”

In this instance, it says, Genesis Toys could be violating both acts by not obtaining consent from a parent before recording conversations and sending them to Nuance, which the company could potentially use for marketing purposes. COPPA states that parents should have control over their kids’ data and be able to access, review and even delete the data.

If they read any privacy policy at all, most parents would only look at the toy company’s policy, which states that audio files are used by Nuance Communications in order to improve the product. However, it’s unlikely that they’ll read the Nuance Communications’ policy, which is more concerning. It states that it can use the information for “internal purpose to develop, tune, enhance, and improve our products and services, and for advertising and marketing.” What’s more, the privacy policies for both companies are not easy to find and are not displayed on the toy packaging, the filing stated.

This is not the first time that a talking doll raises security and privacy concerns. Last year, Mattel released Hello Barbie, which was marketed as an Internet-connected talking doll that could record conversations with kids and upload them online. However, the Hello Barbie doll only records when the button is pushed, whereas Cayla and i-QUE are on the whole time.

Another concern, the complaint points out, is that Genesis and Nuance’s policies can change from time to time and parents would never know.

The coalition of consumer groups is asking the FTC to stop the toy manufacturer from doing anything that can be considered unfair and deceptive, which includes recording and sending audio files without consent. The complaint also asks to also offer “ other relief,” which could potentially include refunds to unsatisfied parents.