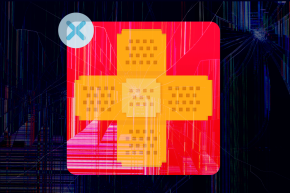 Health Apps May Not Warn Users Of Serious Conditions

For people who are looking to manage their medical conditions, apps may be a poor choice for assistance, according to a new study.

Researchers surveyed 137 highly-rated, doctor-recommended apps found there are some significant — and potentially dangerous — gaps in the services and advice they offered.

When researcher-doctor teams tested these apps for “common sense” responses after inputting dangerous responses — such as suicidal feelings, high blood pressure, and low blood sugar — three-quarters of them failed to respond with adequate warnings.

For instance, in the case of one diabetes management app, inputting dangerous blood sugar levels didn’t result in any warnings about potential negative health consequences, but rather rewarded the app user with “points” for logging the data. In another mental health app, he says, there was an option for people to input data about feeling very unsafe and very sleepless, but the app gave no substantial response.

Singh did note, however, that some mental health apps do ask users to give emergency contact information upon registration, a positive example of how apps can do more than serve as a more high-tech version of a “pen and paper” for logging symptoms.

Privacy was another place where many of these apps appeared to be lacking, with only two-thirds giving users a written privacy policy detailing how they use and protect the potentially sensitive information provided to them.

Since the medical community has largely avoided recommending apps, there’s no clear authority for patients to refer to in seeking to better their health. While app store ratings might seem helpful to patients, the doctors involved in this study often found reviews unreliable. While the FDA encourages app developers to contact the agency with questions, it does not consider most mobile apps medical devices —meaning they don’t require medical review before they’re available to consumers. In an interview with the Associated Press, American Medical Association CEO James Madara said the landscape was like the “wild west.”

While the researchers chose not to publicly disclose the reviews of the specific apps they explored, they did share their findings with the app developers directly, in hopes of improving them.

Though this particular study focused mainly on apps that cater to specific conditions, other, more general health apps are also commonly problematic. Past studies have found that some nutrition apps can be misleading, failing to recommend daily amounts of food groups or subgroups and instead primarily focusing on calories. Apps that claim to help people sleep better may also fall short in some regards.