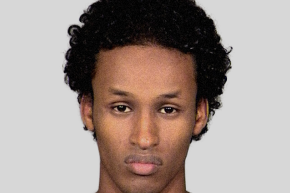 No Appeal For US Man Believed Convicted With Warrantless NSA Evidence

A controversial ruling on 'backdoor searches'

A U.S. man convicted after his emails were revealed by the NSA’s PRISM program, the first public case of its kind, will not have his case overturned, an appeals court has found.

The man, Mohamed Osman Mohamud, was convicted in 2013 of trying to detonate a bomb at a Christmas tree ceremony in Portland, Oregon. But the legal advocates who volunteered to help him, including the Electronic Frontier Foundation and American Civil Liberties Union, were concerned that his investigation was prompted on unconstitutional evidence.

As one declassified filing in the case showed, the emails used to convict Mohamud were based on a program authorized by Section 702 of the Foreign Intelligence Surveillance Act, believed to be PRISM, which helps the National Security Agency get content from a number of major American tech companies, including Google. The NSA heavily relies on Section 702 programs, including PRISM, to track foreigners abroad in the interest of U.S. national security, and it isn’t often used for prosecutions.

Mohamud couldn’t be an eligible direct target for Section 702 surveillance, as he is both a naturalized U.S. citizen and was in the country at the time, both of which designate him as a “U.S. person,” and thus exempt. However, the evidence presented in his case indicates he used the email address [email protected] when talking to another man — one who was an eligible 702 target. Mahamud’s emails were apparently thus acquired legally through targeting of his companion — a concept known as a “backdoor search.”

By law, if evidence brought against someone relies on 702 information, they’re supposed to be informed of that. Mohamud, however, wasn’t told until after his conviction.

In its ruling, the Ninth Circuit Court of Appeals declared that Mohamud wasn’t actually a victim of a backdoor search, and didn’t need to be informed. But it’s not clear everyone in the court was on the same page.

“What I think they got wrong is the chain by which the government actually read Mohamud’s emails,” Crocker said.

“They were collected as part of targeting of non-US Person under 702 (PRISM). Then, as far as I can tell, once Mohamud came to the FBI’s attention (because of a report by his father) the FBI searched unspecified databases and found the emails between him and the targeted non-US person. That sounds an awful lot like backdoor search.”

Even though the Ninth Circuit dismissed him, Mohamud and his federal public defender still have a handful of options. They can ask the same judges to reconsider, ask the entire Ninth Circuit to hear their appeal, or try to get the Supreme Court to take up the case, but it’s not immediately clear which of those steps, if any, they plan to take.

“We have a broader public interest mission,” Crocker said, adding that several other cases similar to Mohamud’s have since become public.

“We’re certainly interested in having the court get the law right. What mechanism that happens by is hard to say,” he said.