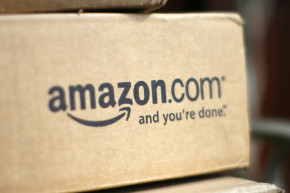 Amazon is opening a new brick-and-mortar food store, and people are already questioning its security measures.

The online retailer announced Monday that its new store Amazon Go will allow customers to simply walk into the store, take whatever groceries they want and then just walk right out.

The store will be using a system Amazon calls “Just Walk Out Shopping,” which combines computer vision, sensors and machine learning to track the items that are taken off shelves—a similar technology to what’s found in smart cars. Customers will then be charged for the items they took on their Amazon account online.

Amazon has yet to announce exactly how it’ll enforce security, but people online are already commenting on how the store can become a hotspot for shoplifters—others are straight up creating master loot plans.

Customers who walk into the store will have to check in with their phone using a QR code generated by the Amazon mobile app, so if they were to run off with a few extra things, Amazon would still be able to track them based on the address, phone number and name they have in their account.

However, some Reddit users have started to come up with alternative scenarios in which the app would be deemed useless. For example, it’s unclear if a child would also have to sign into the store. Therefore, they could walk out with a few extra cookies and no one would notice.

“Makes me wonder what level of security there would be for those kids who are going in with parents for example, or those who are just browsing or whatever. Do they all need to sign in as they enter?” one Redditt user commented.

Other users thought of the obvious, which would be to just run, jump over the barrier and have someone waiting with a car to drive off into the sunset. But that could easily be stopped with an extra layer of security, and seems like it would be a terrible idea in a place tracking your every movement.

Just like any system, people will probably be clever enough to cheat it, but no shoplifter’s secret way will make headlines until the first Amazon Go store opens in Seattle, Wash., which is planned for early 2017.