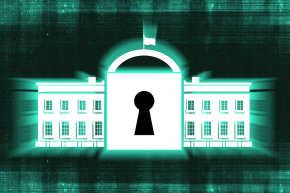 A commission of 12 experts has big ideas for cybersecurity under a Trump administration. Will he listen?

President-elect Donald Trump will have his work cut out for him in dealing with hackers, President Obama says.

So he’s given him a huge to-do list to prepare.

At Obama’s request, a commission of 12 experts —including national security advisers, executives at companies like Uber and Microsoft, cybersecurity professionals, and academics — have put together a 100-page report, the Commission on Enhancing National Cybersecurity, for how to make the U.S. more secure online in the coming years.

Trump, a former reality TV star, was noticeably ignorant of cybersecurity as a primary and Republican candidate, referring to various computer and hacking related topics as “the cyber.” In one debate, he deflected a question about cybersecurity to an aside about how good his 10-year-old son, Barron, is with computers. He also repeatedly ignored the Department of Homeland Security and Office of the Director of National Security’s official warnings that Russian intelligence was behind the massive hack and subsequent leak of Democratic National Committee emails. Instead, he speculated, “it could be somebody sitting on their bed that weighs 400 pounds.”

Many of the recommendations are pointed and clear. Perhaps the most visible one is that, within his first 180 days as president, Trump should appoint an Ambassador to Cybersecurity and his administration should publish a National Cybersecurity Strategy.

The report also calls for an executive order to try to stem the rise of botnets, a term that refers to a coalition of hacked computers, sometimes hacked Internet of Things devices, and which have been used to hamper important internet infrastructure. An executive order could make the executive branch body responsible for federal cybersecurity standards, the National Institute of Standards and Technology, to figure out how to make IoT devices not quite as vulnerable to hackers.

Trump should also prepare for the long game, the commission said, and should create a national cybersecurity workforce program to train 100,000 cybersecurity experts, and create an additional 50,000 apprenticeships in the field.