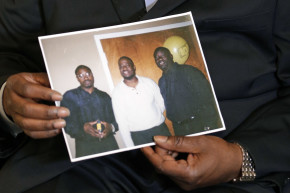 Former cop Michael Slager's trial ended with a hung jury. But without video evidence, he probably never would have been charged at all

It’s one of the more damning videos of a police officer killing an unarmed civilian that you’re likely to ever see: Walter Scott, an unarmed black man is running away from a police officer who then fires eight shots at the fleeing man, hitting him three times. It then shows the officer attempt to plant his Taser near Scott’s limp body, allegedly to support a narrative he would later try to spin about his life being in imminent danger, and that he had no choice but to kill the unarmed man.

That video, recorded by a bystander who happened to be walking by as Scott was killed, led to a murder charge for former North Charleston Officer Michael Slager. On Monday, despite the video evidence, a jury was unable to reach a verdict in Slager’s case forcing the judge to declare a mistrial. The prosecutor has promised a new trial, and Slager still faces federal charges for violating Scott’s civil rights that could land him in prison for life. But what if that video never existed? What if that bystander wasn’t walking by at that exact moment? Would Slager have even been charged? Some experts find it unlikely.

“Barring the video evidence, it is likely that there would have been no indictment and no charge,” said Bernard Harcourt, a law professor at Columbia University with a focus on the sociology of punishment and political and cultural theory. “It would likely have been portrayed as justifiable use of force in the face of a dangerous individual fleeing from a felony, namely a Taser attack on a police officer. In all likelihood, that would have fully justified the use of lethal force, and I suspect there would have been nothing more than a press conference by the police chief saying there is no evidence to go forward.”

But there was video, and Slager was charged with murder — something that probably wouldn’t have happened 30 years ago, before cameras in the hands of both police and the general public flooded the streets.

Harcourt is one of several experts — including former police officers, a criminologist, and several criminal law professors — who spoke with Vocativ about the case against Slager. They are not in total agreement as to what would have happened in the case if not for the video but they all agree, it’s good the video does exist.

Video technology — be it a civilian’s camera-phone, police body cameras, or law enforcement surveillance cameras scattered across U.S. cities — is relatively new in policing. In the past, grainy convenience store surveillance cameras were often used to convict someone of a crime. Now, more and more cameras are being used to vindicate cops accused of misconduct, but also to keep them honest. The community is now watching the watchers — and more officers than ever before are being indicted for flawed uses of deadly force that might have slipped under the radar if not for video technology. (Despite the video evidence in many of these cases, officers are still rarely convicted.)

Phillip Stinson is a former officer turned renowned criminologist at Bowling Green State University. He keeps better data on officer-involved shootings than the FBI, or any other federal law enforcement agency. According to Stinson’s data, between 2005 and 2015, 54 law enforcement officers were charged with crimes after killing someone while on duty, an average of roughly five per year. Most were not convicted. In 2015, though — as more and more body cameras were deployed to police agencies, and smart phones with video capabilities were in the pockets of 64 percent of Americans (up from 34 percent in 2011) — 17 cops were charged criminally for killing someone on duty. Stinson credits this jump to more video evidence. He hopes, however, that it wouldn’t have even been necessary to bring charges against Slager.

“The short answer is that generally I believe that without the video in many of these cases, the officer would not have been charged,” he told Vocativ. “Here, however, there would still have been strong forensic evidence – he shot the man in the back. So, I’d like to believe that in this specific instance Slager would still have been charged (eventually), but it certainly would not have resulted in charges so quickly.”

Video evidence obviously is helpful when indicting police for use-of-force violations. But it also demonstrates something more troubling, according to Jens David Ohlin, an associate dean and professor at Cornell Law School. The Scott video in particular, he said, is demonstrative of police tactics that have let cops off the hook for decades but are now coming to light with the recent flood of video evidence.

In the video of Scott’s death, Slager is seen moving his Taser closer to Scott’s body in an attempt, according to prosecutors, to give the appearance that Slager’s life was in danger and justify his decision to use deadly force. And that’s how Slager tried to spin it at trial — according to Slager’s version of events, after he’s pulled over for having a broken tail light, Scott begins to run. Slager catches him, and there’s a struggle. After the struggle, Scott runs away again. At this point, his attorneys argued, Slager fears for his life, because he claims Scott had wrestled away the Taser and briefly pointed it at the officer before dropping it and running away. Slager then pulls out his pistol and fires eight rounds, three of which hit Scott in the back, killing him.

“I was in total fear that Mr. Scott didn’t stop, continued to come towards me,” Slager testified on Tuesday, claiming he knew he was “in trouble” after Scott allegedly got ahold of his Taser. Prosecutors, however, didn’t buy it, saying at trial “there’s no evidence [Scott] was coming after [Slager], no evidence of that.”

Without the video, Slager’s version of events may have held up, Ohlin said, the way similar explanations had been used to clear cops in the past — before the prominence of video evidence.

“What video evidence has revealed about police tactics and procedures is not new at all — we’re just now starting to see it,” he said. “We’re just now realizing what’s been happening. It’s clear to me that some of these shootings are legitimate and some are illegitimate. The illegitimate ones have been going on for years, unchecked.”

Video evidence, he said, is changing that.

Ohlin said he finds it unlikely that Slager would have been charged without the video, but added that more often than not, video evidence clears law enforcement officers of misconduct, and that most cops embrace the idea of wearing body cameras and having their interactions with the public recorded. Indeed, over the last year, every officer with whom Vocativ has spoken has said they’d prefer to have body cameras; “it’s only the bad cops who don’t want them” is a common refrain. But, as Vocativ has previously reported, body cameras are not without their flaws.

Bill Richardson is one police officer who thinks law enforcement officers can only benefit from body cameras and having their interactions with the public recorded. Now retired, Richardson is a former detective with the Mesa, Arizona Police Department who didn’t have the luxury of phones that shoot video, or body cameras when he was still with the force. Like criminologist Stinson, Richardson believes there was enough forensic evidence in the Scott case to get an indictment against Slager — but maybe not a conviction.

Richardson also says that officers do engage in the sorts of cover-ups that Slager is alleged to have carried out — and that video may now be helping to expose — but he thinks it doesn’t happen as frequently as people might think given the recent barrage of videos on social media and elsewhere of questionable police shootings.

“I’ve seen it but believe it’s not common. Most cops after a shooting are shook and don’t have the presence of mind to stage a scene. In a case I [investigated] the cop was a psycho. He wanted to shoot people. We broke our case by an honest and critical examination of the physical evidence that rebutted his made up story,” he says.

Breaking the case would have been much easier, he said, if he had a video like in the case of Slager. But, as Monday’s hung-jury demonstrates, even video of a cop shooting an unarmed guy in the back isn’t necessarily enough to get a conviction.