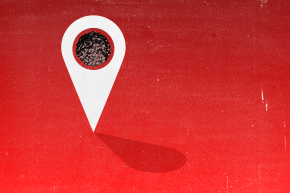 Caribbean immigrants have among the lowest cancer rates in the U.S. But why?

Public health experts have known that black people face more suffering from cancer than any other group in the United States. Black men have the highest cancer rate of any ethnic group, and both black men and women have the highest death rates and lowest survival chances of any group. But one study has found an odd wrinkle to this: black people who have immigrated from Caribbean countries like Jamaica and Haiti actually have among the lowest cancer rates of anyone in the United States.

Understanding how cancer affects different parts of the population can be hugely helpful in combating the disease. But it’s difficult to sort out whether the reasons behind these differences are biological, cultural, economic, or some combination of all those — particularly when race itself is just a social construct based mostly on happenstance differences in skin pigmentation.

To get a better sense of how cancer affects the black population in the United States, researchers at the University of Nevada, Las Vegas looked at more than 20,000 cancer deaths in the black population in Florida between 2008 and 2012, of whom about 4,000 were Caribbean immigrants. They found the cancer risk was 2.1 times worse for U.S.-born black men than those from the Caribbean, and U.S.-born women faced 1.6 times greater risk.

As the researchers point out, these differences suggest that black people’s greater cancer risk isn’t just a result of socioeconomic status or access to health care access, as Caribbean immigrants would on average likely face the same, if not worse hardships than their American-born peers. That means cultural differences are likely a part of the puzzle, and the most obvious place to start is the difference in lung cancer rates. Historical data indicates smoking has long been far less common in Haiti and Jamaica than it has been among black people in the United States, and that difference likely carries over to the immigrant population. While smoking has the biggest effect on lung cancer, it could also play some role in the different rates for cancers of the stomach, pancreas, bladder, larynx, and mouth.

Nutrition may also be play into this. The researchers point out that Caribbean immigrants are more likely to follow a traditional diet, meaning lots of grains, fruits, and vegetables but relatively little red meat. That can help explain the lower rates of colorectal cancers. The fact that Caribbean women tend to have more children and breastfeed more frequently could also fit in with the reduced breast cancer rate. That the mortality rates for colorectal and breast cancer are lower for Caribbean immigrants is particularly impressive, according to the researchers, as immigrants are less likely to get a mammogram or colonoscopy that could detect the early stages of these cancers before they become terminal.

It’s worth noting that it’s not completely possible to make a one-to-one comparison because of what’s known as the healthy immigrant effect. Basically, people who are able to immigrate to another country are often in a better life position than people who don’t, and that includes being healthier. As with a lot of big demographic studies like this, the goal isn’t necessarily to find out all the answers, but rather to start knowing which are the questions that really need asking.