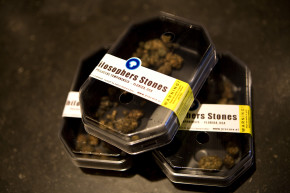 Magic Mushrooms As Depression Treatment? Don’t Get Too Excited
By Ed Cara

Magic Mushrooms As Depression Treatment? Don’t Get Too Excited

It’s getting to be a banner moment for illegal party drugs, but in a totally legitimate way.

In the latest issue of the Journal of Psychopharmacology, a pair of studies have made perhaps the strongest case yet for using psilocybin to treat people with depression and anxiety, particularly if they’re facing terminal illness. Psilocybin is the psychedelic compound better known as the active ingredient in magic mushrooms.

In one trial, conducted by researchers at Johns Hopkins University and involving 51 patients with life-threatening cancer, participants who took a high dose of psilocybin experienced greater relief from their worries and improved mood than when they took a low dose, both immediately and six months down the road. And in the other, smaller trial, conducted at New York University’s Langone Medical Center and involving 29 cancer patients, people taking psilocybin alongside psychotherapy also fared better than when they took a vitamin supplement instead.

“The most surprising thing to me is that this actually worked,” NYU researcher Dr. Stephen Ross said in an interview with The Atlantic. “I was highly skeptical.”

However, James C. Coyne, professor emeritus of psychology at the University of Pennsylvania and former director of the university’s behavioral oncology program, thinks we shouldn’t overhype the recent findings. Although he certainly isn’t a psilocybin critic, having experimented with it personally and being a strong advocate for its decriminalization, Coyne told Vocativ in an email that both studies have issues with their methodology.

He pointed out that patients knew in the NYU study when they were taking psilocybin as opposed to the vitamin. That could generate a large placebo effect that might explain the improvements patients felt more than anything psilocybin did physically. The authors of the larger trial took steps to keep patients and doctors from knowing which how big a dose they were taking, but they admit in the paper they only partially succeeded.

Coyne also noted that both studies were partially funded by the Heffter Research Institute, a non-profit that promotes scientific research to examine the “great, unexplored potential” of psychedelics, according to its web site.

None of this is to say these studies aren’t valid, worthwhile science. And indeed, it does seem that part of psilocybin’s magic is in creating a sort of trippy, ritualistic, and long-lasting positive experience by tweaking our brain chemistry. We’re still not sure how exactly it does this, but some research has shown that it might have to do its effect on the prefrontal cortex, which often becomes overexcited in depressed people.

In any event, we shouldn’t expect to see magic mushrooms in the pharmacy aisle by this time next year — it’ll take repeated studies on a larger-scale basis before we can be sure about its medical potential, and even recreational users who take the drug disagree as to its health benefits. But many researchers do think we need to stop demonizing psilocybin and other promising but currently illicit drugs. The Journal of Psychopharmacology devoted their entire issue to the question of whether it’s high time to bring psychedelic drugs like psilocybin and LSD back into the medical fold, after decades of being stigmatized as simply too dangerous to study.

Interestingly enough, these latest studies also coincide with the recent decision by the FDA this week to let scientists pursue the final phase of clinical trials that would validate MDMA, popularly known as Ecstasy, as an approved treatment for difficult cases of post-traumatic stress disorder.

Correction: This article originally characterized the Heffter Research Institute as an advocacy organization. It funds scientific research, but does not engage in policy advocacy.