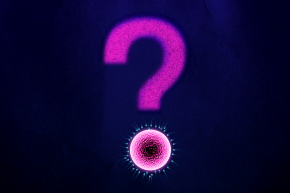 Should We Ban Anonymous Sperm Donation?
By Tracy Clark-Flory

Should We Ban Anonymous Sperm Donation?

Many donor-conceived kids say "yes," but a new study cautions against it

There’s a push underway to change the way that most sperm is donated in the United States — which is to say, anonymously. That’s largely because anonymity can prevent donor-conceived kids from getting important information about their genetic heritage, and any predispositions to medical conditions. But a new study suggests that banning anonymous sperm donation could have the unintended effect of dramatically reducing the pool of donors, hiking up prices, and, potentially, forcing sperm banks to become less selective.

“Donor-conceived children across the world have clamored for the right to have identifying information on their sperm and egg donors,” said co-author Glenn Cohen, a professor at Harvard Law School, in a press release. “To understand whether systems requiring the sharing of that information are a good policy, we need considerable data on the effects of such law changes and our study fills that gap.”

Anonymous sperm donation is perfectly legal in the U.S. But many other countries, including Sweden, Austria, Germany, Switzerland, the Netherlands, Norway, the United Kingdom, and New Zealand, have banned the practice. The main argument for a ban being that children conceived by sperm donation need to have access to genetic information about their fathers. Opponents have argued that changing the rules will actually just lead to fewer donor-conceived children.

The current study, published in the Journal of Law and the Biosciences, seems to bear that out. The researchers surveyed 161 donors from a cryobank in the U.S. They found that if anonymity were prohibited, 29 percent of current, anonymous sperm donors said they would refuse to donate. And, among those who would continue to donate, they said they would require anywhere from $40 to $102 more than what they are currently paid for donations. “Our findings suggest that such a change would have a significant, but perhaps not insurmountable, effect on the supply of sperm in the USA should the law change,” write the researchers.

The researchers note that the impact could actually be much worse than their study suggests, since it doesn’t reflect the degree to which those who continued to donate after an anonymity ban might donate less. They also say that it could force sperm banks to become less selective in who they allow to donate (for example, based on donor medical history). Currently, more than 90 percent of men who contact a sperm bank are rejected as donors. “In order to maintain the current number of sperm donors, banks thus might need to relax some of their standards,” the researchers write.

On the other hand, they note it’s possible that the study’s findings reflect anonymous donors’ “feeling of ‘loss’ of something they value” — meaning, their anonymity. That unwillingness might not be present for new donors who come along after a ban. In other words, it might just be that a ban leads to a temporary decrease in donations. Past research on the impact in countries that banned anonymity has come up with mixed results, and mixed interpretations of those results. That’s why, the authors note, as authors often do, that more research is needed.

So, for now, anonymous sperms donors can enjoy their total anonymity, while activists conceived by anonymous donors are left to prove that the benefits of a ban outweigh the damages. Or, there’s always low-cost genomic sequencing.