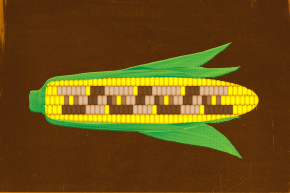 Why We’re (Still) So Paranoid About GMOs
By Allee Manning

Why We’re (Still) So Paranoid About GMOs

Many Americans may never accept the science on this issue

Ever since the first “test tube tomato” hit grocery store shelves more than 20 years ago, genetically modified foods have been a flash point for consumers. Between 2002 and 2012 alone, almost 2,000 studies have concluded GMO safety fears are vastly overblown, but never mind, we’re still pretty spooked.

Nearly 40 percent of Americans still believe that genetically modified foods are worse for their health than non-GMOs, according to new polling data from Pew Research. What’s more,16 percent of respondents stated they “care deeply” about the issue, and these are the people more likely to be skeptical of both GMOs and scientists in general. The research follows a report from last year which found that 57 percent of Americans believed genetically modified foods are generally unsafe.

Anti-GMO advocacy culminated this year in President Obama’s signing of a bill requiring genetically-modified labeling on food packaging within the next two years. Still some, including Senator Bernie Sanders, believe the law doesn’t go far enough, because its enforcement is weak and loopholes are large. (Meanwhile, the American Association for the Advancement of Science has maintained that “legally mandating…label[s] can only serve to mislead and falsely alarm consumers.” Of its members, 88 percent say GM foods are generally safe to eat.)

Looking forward, it’s hard to say exactly where the president-elect stands on the issue. Last October, Donald Trump retweeted someone saying, “#BenCarson is now leading in the #polls in #Iowa. Too much #Monsanto in the #corn creates issues in the brain? #Trump #GOP.” The post was later deleted and his campaign blamed the misstep on an intern.

Regardless of whether or not Trump actually believes that genetically modified food can have negative impacts on the human body, this kind of high-level paranoia seems to be mirrored in a significant portion of the American public.

While many environmental issues are divided across party lines, Pew found that isn’t at all the case with genetic modification perceptions.

“The fact that there are people from across the political spectrum who are concerned about GM food suggests that it’s not ideology that’s driving it,” said Michigan State University professor John Besley, who studies public perception of science. “It’s this deeper view about what’s natural or normal. People’s view of food are driven by gut instincts rather than ideological bent.”

The research shows that this staunch adherence to personal beliefs — including distrust of scientists, news media, and the food industry — dictate continued GMO skepticism and public perception that has not yet caught up with the science. That discovery harkens to research conducted last year which found that, GMO skepticism is an area of moral absolutism. In other words, there is no argument strong enough to convince some GMO opponents otherwise.

“Science literacy isn’t necessarily always the solution to getting people to hold more positive attitudes towards the topic,” Besley said. “People who are already committed to a particular position…are going find ways to question things.”

According to Pew Research, which surveyed 1,480 adults across the country, people were nearly as likely to think that a scientists’ own political leanings would influence research findings as their concern for the public interest. A large percentage of respondents also felt that a scientist’s desire to advance his or her career was equally likely to dictate research findings as actual evidence.

Perhaps the only finding in Pew’s report that suggests some kind of hope for more widespread acceptance of genetically-modified foods is that survey respondents also seemed unaware of just how unanimous the consensus surrounding its safety actually is. Over 50 percent of those surveyed said they believed that “about half” or fewer scientists believed that GM foods are safe to eat, a significant underestimation.

In general, GMOs are now used as a case study for how not to roll out a new technology to the public, and looking at the Pew data, it’s easy to understand why.

“Those of us who study public opinion often use it as an example of why it’s important for scientists to talk to the public and engage with them about new technologies before there’s a finished product,” Besley said.