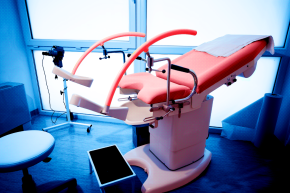 Texas Is About To Require Fetus Burials
By Tracy Clark-Flory

Texas Is About To Require Fetus Burials

In just a few weeks, the state will force healthcare facilities to bury or cremate fetal remains

In just under three weeks, Texas will begin requiring hospitals and clinics to treat fetal remains like people. Instead of disposing of the tissue in sanitary landfills, healthcare workers will be required to either bury or cremate it.

This means that as of December 19 any woman who has an abortion or miscarriage in a Texas healthcare facility will see the fetal remains receive funerary services, regardless of her wishes. All because it made Gov. Greg Abbott — who ordered the rules, and who does not have a uterus — sad to think about fetal tissue “treated like medical waste and disposed of in landfills.”

Texas officials have taken a shortcut and are pushing the rules, which go into effect December 19, through the Department of State Health Services after a few months of public comment. Republican lawmakers have filed legislation to make the rules into statute, according to The Texas Tribune.

In response to concerns expressed by activists and the general public, officials have clarified that fetuses will not be required to receive death certificates, and women who miscarry at home do not have to ceremonially bury the tissue. So, the rules are marginally less insane than they at first seemed — yay.

If the concept of “fetus funerals” sounds familiar, it’s probably because Vice President-elect Mike Pence signed a bill as Governor of Indiana that would have required women to cremate or bury their dead fetuses — but it was blocked from going into effect by a federal judge. Recently, Arkansas, Georgia, Mississippi, Ohio, and South Carolina, have adopted or considered similar laws.

The health commission has said it will lead to “enhanced protection of the health and safety of the public.” But reproductive rights activists have pointed out that cremation and burial are not medical procedures — they are ceremonial and, often times, religiously driven. What’s more, the rules saddle clinics with the costs and administration of providing fetal tissue with everything short of an actual funeral. As the Center For Reproductive Rights put it in a challenge to the rules, “These proposed amendments have nothing to do with health and safety, and everything to do with Texas’ crusade against abortion.”