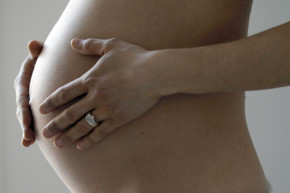 A Large Study Debunks Yet Another Common Anti-Vaxxer Claim

Pregnant women should definitely get the flu shot this winter

The causes of autism spectrum disorder (ASD) are myriad and different with every case. But that hasn’t stopped a small group of activists, an even smaller segment of scientists, and our very own President-Elect from insisting that vaccines are the root of a seemingly growing autism epidemic. Most of this thoroughly-debunked fear mongering has focused on the first few shots that babies are given, such as the measles, mumps, and rubella vaccine. But within the anti-vaxx crowd, there’s a similar suspicion that a woman who gets the flu shot during pregnancy can inadvertently spark the condition as well, leading to activist moms proudly boasting of ducking their doctor’s prenatal vaccine recommendations.

Now, a new study published Monday in JAMA Pediatrics has thrown cold water onto that idea too, though not without some caveats.

Scientists from the research arm of California-based Kaiser Permanente, the country’s largest managed healthcare company, studied 200,000 children paired with their mothers. Using medical records obtained through Kaiser’s Northern California branch, they compared the likelihood of children developing autism under different circumstances—whether their mothers had been diagnosed with the flu during pregnancy, received a flu shot, or had neither one or the other happen.

Among children born between 2000 to 2010, 1.6% had been diagnosed with ASD by June 2015. But after accounting for other risk factors like age and education level, there were no substantial differences between the groups. In other words, moms who had been vaccinated or infected during any stage of pregnancy weren’t any more likely to have children with autism.

When the researchers dug deeper and looked at the timing of infection or vaccination, however, they did find a slightly elevated risk among moms who got the flu shot in the first trimester, even after adjustment. Practically, they estimated that for every 1,000 women vaccinated early in their pregnancy, there would be an additional 4 cases of ASD seen—that is, were the added risk actually real. The results did not pass a test for statistical significance, however, which means the elevated levels of ASD could be down to mere chance, the sort of thing that randomly happens when you make lots of different comparisons between a large amount of people as they did. The researchers, in fact, believe this first trimester finding is almost certainly chance.

On its face, the idea that only early flu vaccination, but not infections, would raise autism risk is iffy too. Both trigger bodily changes when we get them, typically inflammation goaded on by the immune system, but the very point of vaccines is that their effect is much less potent and briefer. Even if flu infections during pregnancy aren’t serious enough to trigger autism, as other studies conducted by the researchers have found, the overall science does point to viral infections playing some role. Whereas, time and again, studies have ruled out any link between autism and vaccines, as well as any of the ingredients found in them.

Still, the researchers did not entirely dismiss the possibility that first trimester flu shots could somehow raise ASD risk, and they did call for more specific research, just in case. But they also make plain that there shouldn’t be any changes in vaccine policy.

Currently, the Centers for Disease Control and Prevention advocate that everyone, especially pregnant women, receive their seasonal shot, since what we are sure of is that actually getting the flu raises the risk of premature labor and birth defects. It should also be said that studies of their own data on vaccine-related side effects haven’t found any link between birth complications and flu vaccination either.