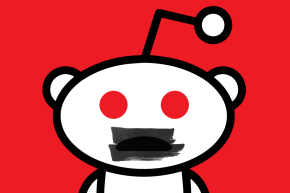 Reddit CEO and cofounder Steve Huffman has been under fire since he was caught editing posts on the Donald Trump subreddit last week. But now internet sleuths have discovered that he was changing a user’s words as far back as seven years ago.

The most recent spat began on November 23 when Huffman, who uses the account /u/spez, admitted to editing posts on /r/The_Donald. After Reddit closed down a subreddit for Pizzagate, which was dedicated to investigating the conspiracy theory that a Washington, DC-area pizza restaurant was associated with a Democratic Party-run child sex-trafficking ring, alt-right trolls on /r/The_Donald started attacking Huffman, claiming he was involved in the sex ring. He retaliated by editing some of the posts.

Huffman explained in an apology note posted to the subreddit: “Yep. I messed with the ‘fuck u/spez‘ comments, replacing ‘spez’ with r/the_donald mods for about an hour… As much as we try to maintain a good relationship with you all, it does get old getting called a pedophile constantly. As the CEO, I shouldn’t play such games, and it’s all fixed now. Our community team is pretty pissed at me, so I most assuredly won’t do this again.”

Controversial and potentially dangerous posts get banned on Reddit often, but after Huffman’s edit was discovered last week it was widely believed that this was the first time that an executive had used their power to edit comments. The backlash was staggering, as many redditors posted screeds claiming Huffman destroyed the credibility of Reddit and should therefore resign.

Since then, the anger has only grown, inspiring some users to dig into Huffman’s archives to find proof of other wrongdoing. In doing so, someone uncovered a post from 2009 in which Huffman edited a word because he believed it was hate speech. In the post, now archived, Huffman states that he changed “namefag,” an insulting term used on 4chan to refer to users that post using a username rather than anonymously, to “namefog” after another redditor said the word is offensive. The user who made the original post responded “Uh, spez – you are funny and all, but seriously, don’t fucking edit self post titles because of your own delusions of correctness.”

The discovery of the old post has now been shared on /r/The_Donald, /r/Conspiracy, /r/Oppression and /r/SubredditCancer, where redditors discuss administrative abuse of power.