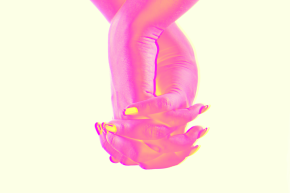 Sometimes People Do ‘Change’ Their Sexual Orientation
By Tracy Clark-Flory

But not for the reasons bigots would have you think

Scientific questions about sexual orientation typically center around things like how and why it forms — but what about people’s willingness to honestly report their identity in the first place? Well, a new study shows that women who previously identified as straight are more likely to report having a non-heterosexual orientation after the enactment of LGBT-friendly state laws. And researchers say there are potentially serious implications for how social policy influences the accuracy of scientific research.

The study, published in the American Journal of Public Health, is based on data from a survey of nearly 70,000 female nurses in the U.S. It’s an odd niche, to be sure, but the data provides a rare longitudinal look at women’s reported sexual orientations over time. The women were surveyed in 1995, when no states recognized same-sex relationships, and then again in 2009, when more than a dozen states had passed laws recognizing same-sex couples, including things like allowing hospital visits and domestic partnerships.

During the first survey, nearly 98 percent of the women reported that they were heterosexual, and roughly 3 percent identified as lesbian, bisexual, or “none of the above.” By 2009, 2 percent had changed their answer. There were 225 fewer self-reported heterosexuals, and reported minority orientations grew proportionately. But here’s where it gets interesting: Those who reported being heterosexual in the first survey were 30 percent more likely to report a change in their orientation 15 years later if they lived in a state that had in any way recognized same-sex relationships.

Now, we don’t know whether this represents an actual change in their identity or a change in their willingness to report their identity. In other words: Did these women’s sexual orientations — or, at least, their understanding of it — change, or did they simply become more comfortable checking a box other than “heterosexual” in a survey?

It’s possible to imagine either scenario, even without buying into bogus beliefs about the ability to change one’s sexual orientation. When a state becomes more explicitly LGBT-friendly, it could give women the space to think of their sexual orientation differently and more expansively (and research has shown that women’s sexuality tends to be more fluid than men’s). Or maybe it’s that a more accepting environment makes it feel less dangerous to report a non-heterosexual identity.

Brittany Charlton, the study’s lead author and a researcher at Boston Children’s Hospital, emphasizes the latter. “Social policies, such as same-sex marriage laws, can create an unsupportive or a supportive environment for disclosing one’s sexual orientation,” she told Vocativ. Although, she added that future research is needed to understand other factors that could be at play. She gives the example of housing or employment discrimination that could impact how someone reports their sexual orientation.

If women in LGBT-unfriendly states really do feel the need to conceal their identities — be it on a survey or day-to-day within their communities — the personal implications are pretty heartbreaking. After all, research has shown that people who come out of the closet are happier and healthier. It could also have negative implications for scientific research — if people mis-report their sexual orientations, then researchers very well might draw incorrect conclusions. Charlton gives the example of research showing that cigarette smoking disproportionately affects sexual minorities and suggests the disparity could “be even more pronounced than the current data suggest” if research isn’t accurately capturing people’s orientations.

And, just as, well, everything else, this issue is posed to only get worse under a Donald Trump presidency. Charlton points out that “the incoming administration ran for office on the most discriminatory platform in history regarding sexual orientation and gender identity.” President-elect Trump has vowed to “protect LGBTQ citizens,” but he opposes marriage equality, and Vice President-elect Mike Pence is against same-sex marriage and has supported gay conversion therapy, which is not only ineffective but also completely insane. “[S]o there is a real concern about the lives and safety of LGBT individuals across the country,” she said. “This new administration could prove to be the most discriminatory in history when it comes to LGBT individuals.”