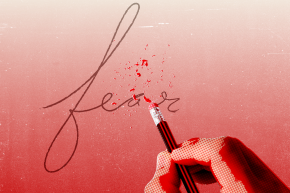 Scientists Can Use A.I. To Erase Your Fears
By Alasdair Wilkins

Scientists Can Use A.I. To Erase Your Fears

Procedure removed people's fears without them even realizing it

The hard part about conquering your fears is that, sooner or later, you have to actually face the thing that scares you, and that’s no fun. But an intriguing new procedure might someday change that, as it uses artificial intelligence to ease people’s fears when they don’t even realize they’re thinking about them.

Plenty of therapies do exist to help people overcome their fears. But as a team of Japanese and British researchers explain in Nature Human Behavior, these generally involve confronting people with the thing that scares them, either to show that there’s nothing to worry about or to condition the person to associate the fear with something positive. Those approaches sometimes work, but it’s obviously not pleasant, which means a lot of people — particularly those dealing with severe phobias or post-traumatic stress disorder — find fear aversion therapy too painful and end up quitting. Given that about one in every 14 people deals with a fear-related disorder, that struggle to offer a treatment most people can endure is a real problem.

The researchers used a combination of brain scans and artificial intelligence to pursue an easier form of therapy. In a small study of 17 people — so, yes, there’s a long way to go before this could become commonly available — the researchers first conditioned new fear responses in their brains by giving them small electric shocks as they looked at particular images. The subjects’ brains were scanned throughout, giving the researchers a sense of the neural activity patterns associated with this newfound fear.

More A Neuroscientist Takes Us Inside The Science Of Fear

Then, over the next three days of continued brain monitoring, A.I. algorithms tracked moments when the participants’ brains showed activity similar to that of the fear response. They weren’t feeling afraid, at least not consciously, but the same parts of the neural circuitry were being activated. Whenever the A.I. detected those subconscious responses, the researchers gave the participants a little money as a reward, even though the recipients had no idea what about their brain activity was earning them cash.

After three days, the image that had once evoked fear of an impending electric shock now had no such effect. The participants showed no physical signs of fear, like sweating, nor did the sight of the image in the visual cortex provoke any response in the emotion processors of the amygdala. A control image, which the researchers had associated with the electric shock but hadn’t performed this neural therapy with, still evoked the fear response, suggesting it was indeed this subconscious neural therapy that helped the participants get over their fear — not just, say, the passage of time.

It’s always worth being cautious with small studies like this, and a big challenge for the researchers will be recreating this success with fears that they didn’t create themselves, as that means working with real-life fears that they haven’t mapped the brain’s response to. In the long run, they mention building libraries of such maps for known pathological fears, so that people would theoretically be able to receive treatment without ever once coming face-to-face with that which scares them most. It might be a long shot, but hey, maybe conquering your fears is overrated after all.