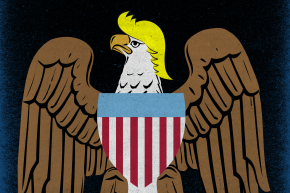 Privacy Activists Urge Obama To Trump-Proof the NSA Before Leaving

Terrified of Donald Trump gaining access to the world’s most powerful spy apparatus, a growing coalition of civil liberties activists, companies, and individuals are calling for President Obama to enact emergency NSA reforms before leaving office.

Many take cues from former National Security Agency systems analyst Edward Snowden, who, after stealing a cache of documents to give to the press in 2013, warned of a surveillance apparatus so powerful it would enable “turnkey tyranny” if inherited by a president inclined to abuse it.

And more than any major party candidate in recent memory, Trump has shaken opponents with outright promises to abuse executive power, like proposing to register all American Muslims in a database and spy on them without a warrant. He has a history of wanting to spy, too: A number of sources have previously claimed Trump would listen in on his guests’ phone calls at his Mar-A-Largo resort.

Trump also raised concerns with how he’d oversee the NSA’s offensive capabilities. During the Republican primaries, he expressed an ignorance of technology, repeatedly referring to computer-related issues as “the cyber” and responding to a question about hacking by referring to his son, Barron: “He’s 10 years old. He has computers. He is so good with these computers.” But referring to reports that the Russian government had hacked his Democratic rivals, Trump said at a rally “I wish I had that power, man, that would be power.”

There’s no one movement, nor even much agreement over what Obama could do to temper the U.S.’s abilities before Trump takes office. Since Snowden’s disclosures in 2013, the White House has presided over a handful of reforms, many of which have been met with tepid response. Most notably, he signed the USA Freedom Act in 2015, which at least stopped the NSA from directly storing most Americans’ phone records in bulk.

There’s no simple mechanism for hamstringing the NSA for one president, and so ideas for what exactly Obama could do are widely varied.

Timothy Edgar, who worked as a civil liberties lawyer within the intelligence community for both the George W. Bush and Obama administrations, has called for Obama to “jam the lock” — a nod to Snowden’s “turnkey tyranny.” He gives a handful of proposals, including writing a basic reaffirmation of U.S. intelligence values, like a refusal to unlawfully spy on their fellow Americans, which would remind intelligence officers under Trump to be wary if instructed to act illegally. He also recommends quickly hiring staffers to national security and intelligence oversight jobs, as well as naming a chair to the Privacy and Civil Liberties Oversight Board, which in theory acts as a civil liberties counterpoint to the intelligence community, a job that’s sat vacant since previous Chairman David Medine resigned in April.

The latter might be tough, as that position requires Senate confirmation, and the Senate will soon be done for the year. But hiring lower level oversight staffers would be both feasible and could help maintain an NSA commitment to the law, according to Susan Hennessey, a fellow at the Brookings Institution and a former attorney in the NSA’s General Counsel.

“The notion that Obama would do something to preserve his values or his efforts, particularly in the areas of civil liberties and privacy — I don’t think we should view that as quite as unusual as people might perceive it to be,” she told Vocativ. “I think the most important protective legacy that Obama is leaving as he hands the keys to the White House over to Donald Trump is an intelligence community staffed by people who care about the rule of law, who follow the rules, and I believe would not violate their conscience or the Constitution.”

A letter, drafted by the liberal activist group Demand Progress and signed by 30 nonprofits, asks Obama to systematically declassify far more information than has been to date — even more than, for example, the secretive Foreign Intelligence Surveillance Court opinions his Director of National Intelligence already has — including subjects that have been widely reported in the media but never publicly acknowledged by the government, like CIA “black sites” and NSA practices. It’s extremely difficult to bring a public lawsuit about a classified program, hampering advocates from challenging them in court.

Evan Greer, campaign director for the privacy and internet freedom-minded nonprofit Fight For the Future, has called for something more wholesale: “dismantling as much of the federal government’s unaccountable, secretive, mass surveillance state as he can,” as she wrote in an op-ed earlier in November. Fight For the Future has a corresponding campaign, Unplug the NSA, with thousands of signatures calling for Obama to broadly disclose other NSA programs unknown to the public.

But Hennessey cautions to not go overboard.

“The only thing worse than classified information in the hands of Donald Trump — which is a terrifying prospect to me — is a national security community that substituted its independent judgment for the judgment of the American people,” she said.

“Donald Trump was elected president. Obviously, he pressures a lot of the basic assumptions, not just the norms of our country, but also it goes to fundamental value questions here,” she added. “I think if Obama’s going to do anything as he leaves, it should not be eroding the Constitutional norms that currently exist — It should be holding fast to them.”

For his part, President Obama has no immediate plans to change course in the final weeks of his presidency, a White House official told Vocativ. Instead, the official said, the White House is proud of the work it’s already done, like issuing annual intelligence transparency reports.