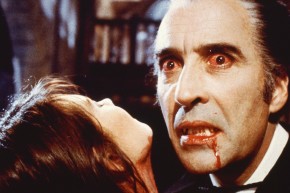 For as long as we’ve able to contemplate the limits of our fragile mortality, there’s been someone eager to alley-oop right over them. In recent years, those someones have been Silicon Valley’s elite, whose fixation on slowing the aging process and extending lifespan has taken them to the limits of current science. Among the strangest and creepiest of those ideas has been Peter Thiel’s apparent interest in what seems like a plot device from a vampire flick —using the blood of the young to rejuvenate the old and flailing.

But while some research has shown such a thing could be plausible, a new study of mice published Wednesday in Nature Communications suggests that it’s probably not the key to an ever-lasting life.

Scientists at the University of California Berkley created a device that allowed pairs of mice to literally become blood siblings. After a relatively easy, if grisly, procedure that connected their circulation to one another, the team could transfuse blood from a young mouse to its old gray-whiskered counterpart, and vice-versa, with a snap of the finger.

Testing the effects of blood transfusion on muscle, liver, and brain health five days after it took place, they were somewhat taken aback by what they found. Reaffirming earlier research, they found that young blood could rejuvenate the muscle health and regeneration of old mice to an extent, particularly when tissue was injured. And a similar, though slighter, effect was seen in the liver. But young blood had no effect on the brain, a factor that may have explained why old mice still didn’t perform any better on more complex tests of their physicality. More revealingly, when young mice received a dose of old blood, they generally deteriorated much more than the old mice were revitalized, particularly related to aspects of their brain health.

“That means the negative stuff in old blood is more potent and overriding than the good stuff in young blood, at least in the short term,” study author Dr. Michael Conboy explained to Vocativ in an email. “So neutralizing or removing the crud in old blood might give a bigger bang for the buck than adding young factor(s) or blood products.”

In some ways, the findings are a rebuttal to work Conboy and his team (including fellow UC Berkley researcher and wife Dr. Irina Conboy) have themselves pioneered in the past. As far back as the early 2000s, the team had wanted to study the possibility of rejuvenation via blood transfusion, theorizing that some factor in the blood or nervous system either helped prevent or cause the widespread effects of aging in the body. But since the technology wasn’t easily feasible back then, they instead settled for a more practical, if cruder, approach, stitching together two mice so they shared the same blood supply.

Although their research, which first made the news in 2005, did show a potential way to reverse the effects of aging, the team cautioned against reading too much into the “young blood will make you immortal” angle—a warning predictably ignored by immortality enthusiasts. For one, that’s because the young mice weren’t just sharing their blood with the old mice, but also their organs and even pheromones, and all for an extended amount of time that allowed mice to adapt to their new surroundings. Any one of these quirks and more may have more accounted for the rejuvenation rather than the blood itself.

After years of focusing in on the specific factors in young and old blood that could explain their results, the team was able to go back to square one and directly test blood exchanging, thanks to a collaboration with the SENS Foundation, a non-profit organization long invested in promoting and funding longevity research.

Blood rejuvenation research has gotten particularly big for its britches in the meanwhile. Already, there are several human trials underway aiming to use young healthy blood to turn back the wheels of time. The least scrupulous among these involves a clinical trial spearheaded by start-up company Ambrosia, which according to a Science piece published in August, is recruiting healthy adults in their mid-30s or older to receive plasma transfusions from 20-somethings. Not only will the trial not be placebo-controlled, an important safeguard against shoddily performed science, but participants will have to pay for the privilege of being guinea pigs, another ethical gray area.

While noting any single study should be looked at with a skeptical eye (presumingly including his own), Conboy has some other reservations about the rush to conduct human trials on young blood transfusions. Specifically, he said that there could be additional complications that come from receiving many units of blood or plasma. Every unit of blood transfusion, he said, increases life-threatening health risks by about one percent. So if in the future, we decided to constantly replace 10 units of a person’s blood with a youngster’s, roughly equivalent to half the amount Conboy’s rats were given, that might shoot a person’s risk up to ten percent (humans carry about 12 units of blood at any one time.)

“I’d have to be very sick to take that risk,” he said.

However, Dr. Tony-Wiss Coray, a Stanford University scientist who is currently conducting his own research with young blood—testing the safety and possible effectiveness of dosing Alzheimer’s patients with plasma—has his own objections to Conboy’s findings.

“While the authors show possible negative effects of a single blood exchange, they have no evidence that young blood or plasma may not have positive effects beyond the paradigm they tested in their study,” he told Vocativ in an email. In other words, Coray believes the team’s implications that young blood can’t rejuvenate the brain are at best preliminary, and at worst, wrong. For instance, he says the neurological results fly in the face of studies performed by him and others that have repeatedly infused old mice with young plasma and found positive effects on cognition. And he added that the small sample size (4 rats per group, including two control groups), the lack of replication, and the type of statistical analysis used concern him as well.

The authors do allude to Coray’s research in the paper, though they say that no published studies have looked at the direct effects of young plasma on brain stem cells, particularly in humans, or assessed whether small doses can noticeably improve cognition. Both Irina and Michael Conboy also note that Coray has a vested financial interest in supporting the current theory of blood rejuvenation: He is additionally a co-founder of Alkahest, a biomedical company collaborating with Stanford on the Alzheimer’s study. The pair welcome outside researchers to re-analyze or replicate their findings.

Conboy, for his part, doesn’t necessarily want to dissuade other scientists from pursuing the young blood trail, or suggest that both theories of age reversal can’t be true at the same time. He just thinks the easier target to focus on is on understanding what it is about an old person’s blood that promotes aging. “I’d call that the lower hanging fruit,” he said. “And using existing FDA-approved and relatively safe plasmapheresis technology to clean up old blood is something that we could do right now.“

It’ll take more science to figure out how an older person’s blood spoils in the first place, though Conboy’s team has settled on some potential culprits. In the meantime, they hope their new method of mice blood exchange can not only let other researchers better study the virtues of vampirism, but also common human diseases that are treated with blood transfusion, such as sickle cell and bouts of severe malaria.