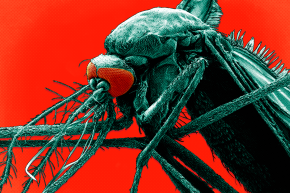 Genetically modified mosquitos may soon be coming to Florida, and everyone on board wants us to stay totally chill about it.

On November 19, the Florida Keys Mosquito Control District made its decision, by a 3 to 2 vote, to formally approve a field trial release of genetically-modified mosquitos, which were developed by the company Oxitec. The company’s modified mosquitoes have already been tested in Brazil and the Panama Islands, with largely encouraging results, but any similar trials in Florida would be the first in the United States.

The mosquitos, Aedes aegypti, could be used in the fight against dengue fever as well as the Zika virus. Florida has seen several scattered outbreaks of dengue in recent years, with its latest occurring in 2010.

Oxitec’s mosquitoes have been genetically modified to express a gene that prevents them from reaching maturity. So when they’re released and start breeding with wild populations of mosquitoes, the offspring die before adulthood. Soon enough, it’s hoped, the entire local mosquito population winds up carrying the suppression gene, leading to large reductions in their overall numbers.

“Our solution has repeatedly shown it has significant potential to play a meaningful role in controlling invasive populations of Aedes aegypti,” said Oxitec CEO Hadyn Parry in a statement released Monday.

But many Florida residents have been wary of the technology. An online petition started by Key West citizens in opposition to the release has obtained upwards of 170,000 signatures, and “No Consent” signs scatter the neighborhood of Key Haven, the original proposed site of the trial. Critics have voiced concerns about the mosquitoes biting and infecting them with god knows what. Others have likened the mosquitoes to GM crops, warning of “unintended consequences,” and some have pointed to the possibility the extermination of Aedes could harm Florida’s local predators, like bats.

Oxitec researchers say the gene tinkering is simple and that the modified mosquitoes are harmless to other animals or people they come into contact with. And since the vast majority released are male (upwards of 99 percent), there’s little worry of someone being bitten, since only females bite. In the rare case someone does get bit, their research has shown that the modified genes aren’t found in the saliva. Even the planned devastation of the local Aedes population would have little effect on the ecosystem, since they’re a non-native species.

In August, the Food and Drug Administration released their own verdict, finding that a field trial of the mosquitoes would pose no significant impact to human, animal, or environmental health. And other scientists have largely agreed with Oxitec’s claims. They’re more worried about whether the strategy can be effective on a large-enough scale, since it requires the continual release of more engineered mosquitos to work in the long-term.

While this latest development is certainly good news for Oxitec, it’s not a done deal just yet. Perhaps the most salient objection Key Haven residents have made is simply not wanting to be the company’s lab rats. Earlier, on Election Day, they voted in a nonbinding referendum against approving the release of modified mosquitoes within their neighborhood. However, voters in the larger surrounding Monroe County did approve the trial, a decision later reaffirmed by the Mosquito Control District. But while Oxitec’s been given the overall go-ahead, they’ll likely have to find another trial site, one which the FDA will have to formally approve as well.