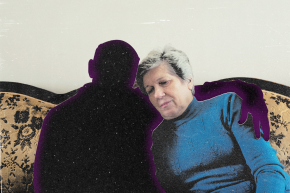 Men Keep Dying Sooner Than Women, But Why?
By Alasdair Wilkins

Men Keep Dying Sooner Than Women, But Why?

The answer could lie in behavioral differences, immune systems, or genetics

Human life expectancy has doubled in the last few centuries, as medical advances have let more kids reach adulthood and more adults live to a ripe old age. But even as people live longer overall, a new study finds that there remains a gap of three or four years between male and female life expectancy. And that gender gap has barely changed at all, even as we now enjoy life expectancies our ancestors could scarcely imagine.

We don’t know why women live longer than men but the overwhelming evidence is that they do. An international team of researchers found that all demographic data for humans past and present, dating back to hunter-gatherer populations in both Africa and South America, show precisely the same gap between men and women. The same also holds true for several monkey and ape species, and that fact suggests the cause is tied up in millions of years of evolution.

“If we know that men in the 21st century can live way longer than women in the 18th century, why haven’t they caught up to women?” Duke University biologist and study co-author Susan Alberts told Vocativ. “If we could figure out why there is a difference, we could intervene potentially to mitigate. But we don’t know. It’s a puzzle.”

Alberts speculates as to three possible explanations. One is that men are more likely to take risks that could lead to early deaths. For instance, men smoke and drink considerably more than women — although that gap appears to be decreasing. In non-human primates, this risk-taking behavior is also observed, as males will often violently compete for their potential mates.

Another hypothesis, according to Alberts, is that females have more effective immune systems — either because higher testosterone in males potentially suppress male immunity or as a byproduct of evolution’s emphasis on the female reproductive role. “You’ve got to have a great immune system to have babies,” she said.

Whatever the reason, the demographic data tell the same story throughout history, whether it’s Swedes in the 18th century, recently freed slaves in Liberia in the 19th century, or modern hunter-gatherer societies of today. The actual life expectancies are very different, but male life expectancy is always shorter in every case. (The sole exception is for the Aché tribe of Paraguay, where all males live slightly longer. However, that difference disappears when you look just at Aché adults, factoring out those who died as children.)

One set of life expectancy data in the study not included in the graphic above is that of all Liberians between 1820 and 1843, because the numbers would quite frankly look like mistakes. When you include Liberians who died before adulthood, the brutally high infant mortality means life expectancy drops to just 2.2 years for women and 1.7 years for boys. That’s right: The average Liberian could barely expect to live to see his or her second birthday. Alberts attributed this mind-blowing figure to the fact that the Liberians in this data sample were freed slaves who had returned to Africa, where they found a harsh environment and diseases that their immune systems were ill-equipped to handle.

Yet, even then, when disease and hardship ravaged the Liberian population so that just reaching one’s third birthday was a minor miracle, girls still lived longer than boys, and the relative gap in life expectancy was in line with that of all the other human and primate populations. This is indeed a puzzle, and solving it could unlock something buried deep in our evolutionary history.