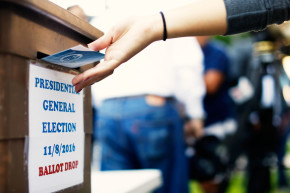 Due to security concerns and allegations of election rigging, Verified Voting and other bodies are circulating a petition

Voting experts are pushing for a nationwide election audit stemming from citizen concerns as well as possible security risks that may have compromised the November 8 presidential election. Verified Voting, a nonprofit that promotes transparent elections, along with other like-minded groups, are leading the charge to check that this month’s election results are accurate and representative of the voting public.

Verified Voting cited “unprecedented warnings” regarding the security of the election system and claims of a “rigged” election as reasons for the audit.  More than 20 states’ voter registration systems, as well as a Florida voting system vendor, were targeted by foreign cyber attacks, while state election and law enforcement officials in Arizona and Illinois confirmed that voter registration systems were hacked. The Department of Homeland Security even stepped in to bolster voting system security after the attacks.

Verified Voting President Pamela Smith said that despite the prevalence of paper ballots in many states, audits are necessary to ensure that electronic votes weren’t compromised and physical ballots were counted correctly. “Any time you have an electronic system, there can be bugs, there can be flaws, there can be errors in how votes are counted,” Smith told Vocativ on Friday. “And so doing an audit gives you this greater level of confidence that the counting system did its job correctly, that it correctly interpreted voter’s marks in the case that votes that are counted by scanners.” A Change.org petition by Verified Voting has amassed over 23,000 signatures by the time this article was published.

More Could Hackers Actually ‘Rig’ The US Election?

The call for an election audit is not driven by partisan politics or as a way to get Clinton in the White House, but is instead meant as a way to make certain that the election results are grounded in reality, Smith said.

“I think everyone agrees that this was a contentious election cycle. And there was also a lot of questions about security in this election cycle,” Smith said. “If the audit finds anything that makes it clear that there might have been an error or problem…You can either confirm a correct outcome or turn around a wrong one.”

Ron Rivest, a professor at MIT with a background in computer security and a board member of Verified Voting, co-authored an op-ed on the subject in USA Today on Friday. In the article, he and fellow board member Philip Stark laid out a simple method in which auditing a “surprisingly few” ballots could ensure 95 percent confidence that every state’s results are correct. But while Rivest says it’s unlikely that an audit would overturn the election results, one should be undertaken nonetheless. “I just think it’s routine good practice,” he told Vocativ on Friday. “I think there was enough things happening during the election process that people got concerned about this.”

Both Smith and Rivest clarified that auditing an election is not the same as calling for a recount, as was the case in the 2000 election between Democrat Al Gore and Republican and eventual winner George W. Bush. Whereas a recount is either triggered by a close margin or a request by one of the candidates, an audit is conducted simply as a matter of course (though an audit could, in theory, lead to a recount if improprieties are found in the process). “It takes it out of this realm of being a partisan thing. A lot of candidates don’t want to be in a position of questioning an outcome,” Smith said. “This takes it out of that whole category of consideration, and instead is just for the public’s confidence to show that is all working the way it’s supposed to.”