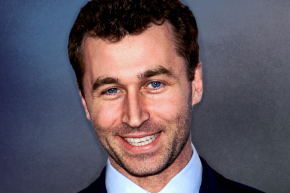 But, a year later, it’s clear that while Deen’s career might have taken a slight hit, it isn’t going anywhere. “Very little has changed in James’ life over the last year,” said Howard Bragman, Deen’s spokesperson. “He is not subject to any cases either criminal or civil and he is continuing the same work he did before in the entertainment industry.” A Vocativ analysis of adult film releases, as well as industry interviews, show this isn’t just the boasting of a publicist trying to make his client look good.

This is a drop from the 12 month period before the first accusation against him, which saw approximately 142 releases starring Deen. That amounts to a 24 percent decrease — and most of that drop was in films produced by outside production companies. But he is still clearly landing plenty of gigs — and, by some accounts, the industry overall has also seen a decline in production.

It’s important to note that these numbers reflect release dates, and that adult movies are typically filmed 30 to 90 days before they are released — so, some of these movies were filmed before the allegations and released after them. That includes several titles from Evil Angel, which decided against shooting any new scenes with Deen after the allegations, but did release several movies that had been filmed beforehand.

“James Deen remains one of the most active, in-demand performers in the business today,” said Alec Helmy, president and publisher of XBIZ, an industry news source.

There are other signs that Deen has seen at least some professional setbacks. Before the allegations, he, and his eponymous production company, received 29 and 33 nominations for the XBIZ and AVN Awards, respectively. This year, he received 11 and 18, respectively. However, he’s nominated for performer of the year for both award shows, just as he was last year. And his mainstream media appeal appears to have cooled: This year there certainly were no giddy profiles in magazines like Esquire or GQ.

“I don’t know that you could say his career has thrived or failed to thrive in the wake of the allegations,” said a performer who knows both Deen and Stoya and asked to remain anonymous. “I think it landed somewhere in the middle. It’s less than it was but it’s far from dead.”

LaBeau, who shared her own accusations against Deen, is surprisingly unphased by his continued success. “By speaking out when I did, I found closure,” she said. “I can listen to the directors sing his praises for how much he loves women. I can hear new starlets talk about their favorite male talent and how much they love him, and I’m genuinely happy for them.” She explained, “I know I don’t have to deal with him anymore. I am free. Others can make their own choices as consenting adults and learn their own lessons.”

Ultimately, she accepts that Deen is a fixture in the business. “This industry is my family,” she said. “Everybody has that gropey uncle they fucking hate and avoid at Christmas functions. That’s who James is to me.”