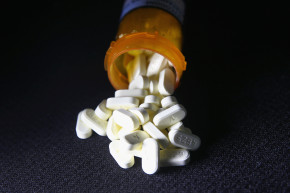 Our scientific understanding of substance abuse has shifted. Now cultural attitudes need to catch up

In decades past, at a more ignorant time about the risks of smoking, the U.S. surgeon general has issued fierce salvos against the tobacco industry. Laying the blame for the widespread epidemic of lung cancer and other smoking-related disorders squarely at the industry’s feet, the office has called for strict regulations on tobacco products, stigmatized the very idea of smoking, and demanded that companies acknowledge their culpability in sickening their customers. Now, in a major new report released Thursday, the current surgeon general, Dr. Vivek Murthy, has prescribed a very different approach for the millions of Americans dealing with the rampant problem of drug addiction and substance abuse — empathy and understanding.

The Surgeon General’s Report on Alcohol, Drugs, and Health, the first to directly tackle the subject, is meant as a distillation of what scientists currently know about addiction, from its causes to potential interventions. In 2015, it found that 27 million Americans used illegal drugs or misused prescription drugs and another 66 million reported binge drinking within the last month. And despite the fact that 20.8 million Americans have a recognizable substance use disorder, only 10 percent receive treatment, it says.

More than anything else, the report emphasizes the changing scientific focus on addiction as a chronic malady akin to diabetes. Research has repeatedly shown that the brains of people with addiction disorders become rewired, hampering the person’s ability to make long-term decisions, deal with stress and avoid temptation.

“We have to help people understand that [addiction] is not a disease of choice or a character flaw,” Murthy said in a phone conference held Thursday. “This is a chronic disease of the brain.”

The report, Murthy and his colleagues hope, will be a call to arms for the public health community, policymakers, and everyday Americans to make substance abuse prevention and treatment a priority, similar to the way the Surgeon General galvanized changes in tobacco policies years ago. Even though the media and government officials have paid more attention to the opioid abuse epidemic in recent years, for example, Murthy notes that addiction disorders still fall under the radar compared to other diseases like diabetes and cancer.

For all the doom and gloom, Murthy does point to a possible hopeful future for addicts and their families. No addiction treatment or method of prevention is perfect, but they do work. The problem at hand is rather that proven remedies aren’t being used widely or early enough, he explained.

These can range from school wellness programs that teach kids how to cope with stress to providing access to rehabilitation programs well before people with addiction are in the middle of an overdose.

“My hope with this report is that it will galvanize our country to address the addiction crisis. Recognizing that while addiction has been a problem for centuries, what’s different now is that we have the tools to address it, and now is when we have to marshal the resources and the will to do so,” Murthy said.